Let there be peace on earth 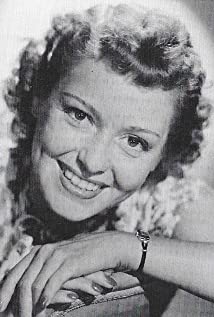 Last week while driving my wife’s car, my phone automatically connected via Bluetooth to the media system.  Sometimes when this happens, the phone will randomly play a song via the music app.  This time, the arbitrarily played song spoke to life in a way not so accidental.

From the United Methodist Hymnal, Number 431

This song was composed in 1955 by Jill Jackson-Miller with music written by her husband Sy Miller.  Jill was a film actress from the 1930’s to the 1950’s.  She spent a lot of her life as a composer, writer, and author.  Her life was transformed by as she described the “unconditional love of God”, after a failed suicide attempt in 1944.  It was from this experience she penned these now famous words now mostly performed during the Christmas season.

Her husband spoke of the impact of the song’s premier: “One summer evening in 1955, a group of 180 teenagers of all races and religions, meeting at a workshop high in the California mountains locked arms, formed a circle and sang a song of peace. The young people had come together for a weeklong experience devoted to developing friendship and understanding through education, discussion and working together. The song’s focus on peace and God made it easy to cross many boundaries.  They felt that singing the song, with its simple basic sentiment—‘Let there be peace on earth and let it begin with me’—helped to create a climate for world peace and understanding.”*

I have pondered and prayed these past several weeks about what to think, feel, say, and do considering our nation’s current circumstances.  In fact, I have felt pressure from various facets to make a statement or post on social media to make clear my stance on the division ravaging our country.  I have struggled to do so because I do not want to be someone who simply makes a statement or falls in line with a cause, I want to be a person who serves and loves Jesus Christ by serving and loving any human being I have contact with.  I desire to bring peace wherever I have influence, but I always desire for that peace to be the peace of God.

I am obviously greatly impacted and guided by the Word of God.

Those who work for peace will be blessed and called children of God.  In other parts of scripture, we hear that all who believe in Jesus Christ as Lord and Savior are adopted into the family of God as His daughters and sons.  So, the way I see it, believers are already called children of God and in turn, are expected to be people who work for peace.  I am convinced statements or social media posts mean nothing until they are followed with action.  I am also convinced peace is something we are all personally responsible for and only with the help of Jesus in our life can be achieved on a regular basis.

“Let there be peace on earth, and let it begin with ME!”  The choice is ours; the choice is yours and the need is not negotiable.  Those who have peace with God through Jesus Christ cannot help but to be people who work for peace!

Humbly and with the Hope of Peace,