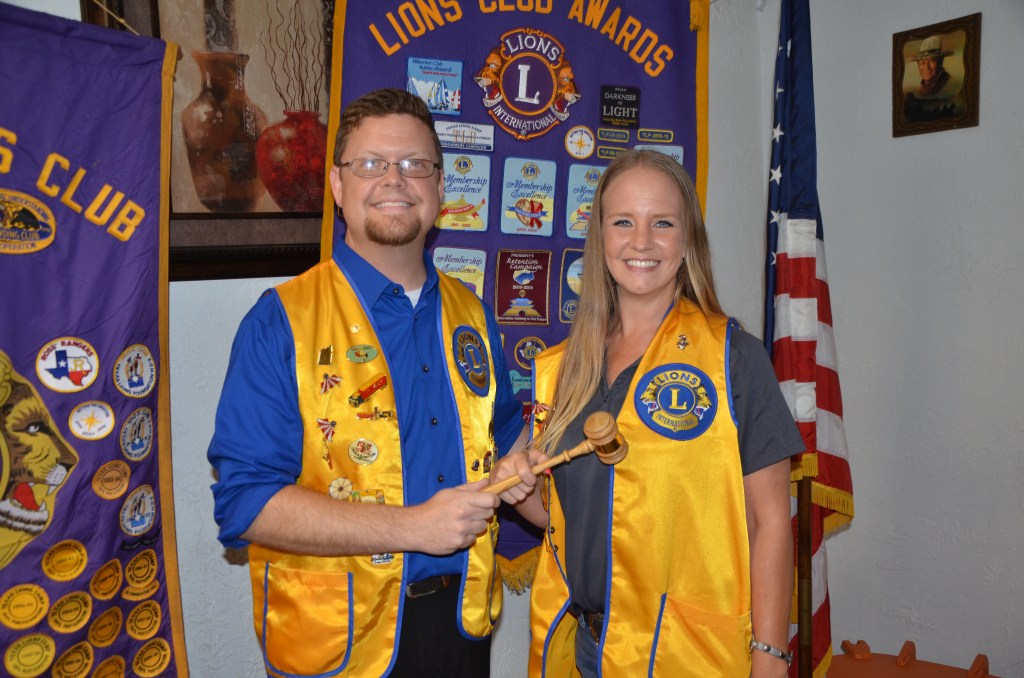 Photo courtesy of Stump Weatherford President Chris Kovatch presented Kacey Burnitt the gavel as she is installed as President of the Orange Lions Club on Monday.

Kovatch gave the clubs annual report. He also presented the Lion of the Year Award to Lion Ralph Thon and Rookie of the Year to Lion Tiffany Bell.