The Postscript: The only dog in Minnesota 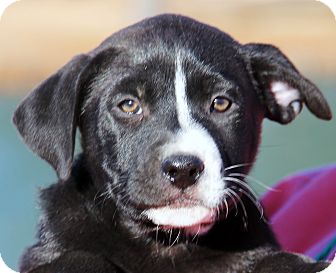 I want to make it clear that we are not adopting a dog.

I won’t deny it is tempting. We decided not to get another dog because we travel. Dogs and airplane travel do not go well together. Now, however, with no travel in sight, I admit I am consumed with envy when I see happy dog owners on the trail. I have started carrying dog treats just so I can talk to the dogs of complete strangers. The owners are tolerant. The dogs love it.

My brother-in-law had our entire extended family in a lather for a full 48-hour news cycle when he circulated photos of puppies on Facebook. Everyone was convinced he was going to adopt a puppy. He didn’t, as it turned out.

“He should never have put those photos on the internet!” my sister said. “Everyone thought we were getting another dog!”

This is the same brother-in-law who, at age sixty, enrolled in the seminary. Everyone was wondering how he was going to preach sermons, write two papers every week, and study Hebrew and Greek while paper-training a puppy.

But now, it seems everyone has more time, and puppies (I have been told) are in short supply. Yes, along with toilet paper, yeast, flour, hand sanitizer, and vegetable seeds, there is a national puppy shortage.

I couldn’t believe there was actually a dog shortage so I checked the website of our local shelter. They had no dogs—but this didn’t prove a thing. We have a well-funded shelter and I’ve heard rumors that dogs from towns with less well-financed animal shelters are smuggled into town. (Okay, I’ve heard more than rumors but I am not squealing on anyone.) A dog shortage here is not news.

So, I checked with the animal shelter in Minneapolis, where my sister and brother-in-law live. Sure enough, there was only one puppy. It was a black and tan shepherd mix. She was holding her head at an adorable angle.

“Hi, my name is Bella!” the story beside the photo read. “I came to Animal Humane Society because I need help with my behavior.” Uh oh. I saw that Bella had been surrendered at the end of March.

“That was right at the start of the pandemic!” I thought. “Who surrenders a dog when they are stuck at home?”

To my astonishment, there was only one—it was Bella.

I went further afield, to suburbs on the north and south sides of the Twin Cities. Bella again! The Twin Cities has a population of 3.4 million people and it appeared that Bella was—at the moment—the only dog in Minnesota available for adoption.

So, I thought I should just get the word out for anyone near or traveling to Minnesota that, in spite of the nationwide puppy shortage, there is one dog available. Her name is Bella. She’s famous for her busy interactions and needs a little work on her manners.

Frankly, I’m thinking Bella couldn’t have picked a better time to try to find a home.