And Now You Know: Orange gets its First Medical Arts Group in 1949 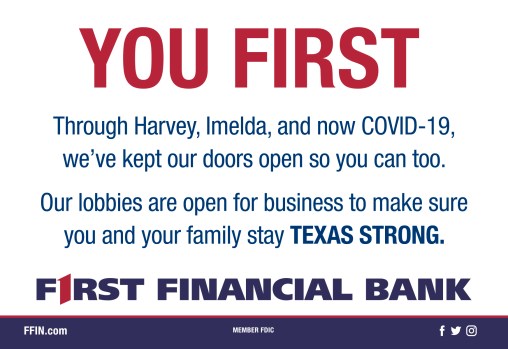 Orange had two hospitals and several doctors who were general practitioners, but no specialists.

Five doctors were bringing that period of medical practice to an end.

The doctors announced that they would have available complete laboratory service, including clinical lab work, x-rays, fluoroscopy, basal metabolism, and electrocardiograms. Equipment included a bronchoscope, an instrument used to remove foreign objects from air passages.

Dr. Walsh would confine his practice to diseases of the eye and eye surgery. He received his degree from the College of Charlestown, South Carolina in 1929 and his medical degree from the Medical College of South Carolina in 1933. He completed a post graduate course at the Manhattan Eye and Ear Hospital in New York City and from 1940 to 1945 had served in the United States Army Medical Corps where for 18 months he did eye, ear, nose, and throat work at the Army General Hospital.

Dr. Stewart was an eye, ear, nose, and throat specialist. He received his degree from Tulane University in New Orleans in 1935 and completed internships at the Brooklyn New York Eye and Ear Hospital, Tulane University, and Southwestern University, Evanston, Illinois. He also served in the Army Medical Corps from 1940 to 1946.

Dr. Swickard confined his practice to surgery, gynecology, and obstetrics. He came to Orange in 1946 with the DuPont Company and had been in private practice for three years. He graduated from the Ohio University College of medicine in 1941 and did post graduate work at the Cook County Graduate School of Medicine in Chicago.

During the war, he was with DuPont at their facility working on the atomic bomb project at Oak Ridge, Tennessee and Hanford, Washington.

Dr. Siddon was a pediatrician. He had been the senior resident in his field at the Cook County Children’s Hospital in Chicago.

He completed his service and requisites for certification as a Diplomat of Pediatrics in July 1949 and then joined the Orange group.

He completed his medical degree from the Rush Medical College of the University of Chicago in 1942 and then served in the U.S. Navy from June 1944 to July 1946.

The supervising nurse was Mrs. Ethel Nash. She was a graduate of the Kahler School of Nursing, Mayo Foundation, Rochester, Minnesota. She received a scholarship in nursing from Doctors Charles and Will Mayo. She had been employed as a civil service nurse at Camp Abbott, Oregon and later worked for the Phelps-Dodge Corporation at Mosi, Arizona where she was in charge of the operating room.

She was also employed by DuPont as operating room supervisor at Hanford, Washington. She taught operating room techniques to students at St. Luke’s Hospital in Duluth, Minnesota and worked in the operating rooms at Barnes Hospital, St. Louis, and Harper Hospital, Detroit.

The qualifications of the five doctors and their supervising nurse were impressive. The medical group provided unparalleled medical care to the citizens of Orange for many years.