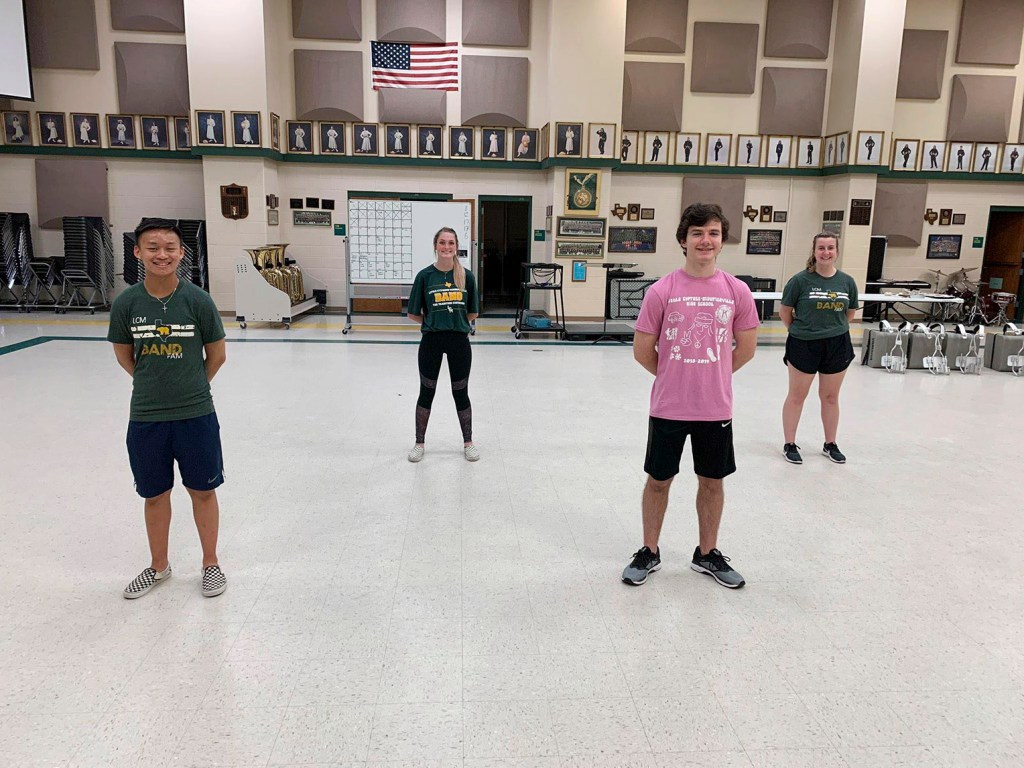 LITTLE CYPRESS – The sweet, magic sounds echoing throughout the Band Hall at Little Cypress-Mauriceville High School has been silent since mid-March due to the COVID-19 pandemic.

That means one of the finest bands in Southeast Texas has been chomping at the bit to get back to business as soon as it possibly can.

“We really miss the kids and we can wait to get back going,” said Band Director Jose Ochoa, who will be heading into his 11th year this year in ‘Battlin’ Bear Country.’ “The kids stay in touch and they miss everybody so much. It’s tough to not see those energetic faces on a daily basis.”

Ochoa certainly is sad about what the band members missed during the spring, especially for the seniors.

“What makes it so tough is that I’ve known most of those seniors now since they were in sixth grade and watched them not only get better with their talents, but mature as great people as well,” said Ochoa. “It’s bittersweet in so many ways because they are not getting the proper sendoff. We’re working on a way that we can possibly honor them before graduation because it is suppose to be their time, we’ll see how it goes.”

The band missed an opportunity on some key events during the spring.

“We missed the UIL contest, which we have always had tremendous pride in,” said Ochoa. “We also missed our traditional spring concert, which is always a big deal.”

Ochoa has stayed busy staying in contact with the band members.

“I’m pretty much at the Band Hall regularly and checking in on them as much as possible,” said Ochoa. “Last week we were able to tie up some loose ends with instruments and such being turned in and I got to see a lot of them. I message them a lot in a group format and they keep up with each other on there too. They are just so ready to be back together again.”

Ochoa is anxiously awaiting to see what the University Interscholastic League and the Texas state government is going to as far as allowing kids to return during the summer to prepare for the upcoming school year.

“We always start in late July and we’re just sitting back waiting to possibly get the go-ahead for that time frame,” said Ochoa. “Who knows, we may be able to start sooner due to the time that was missed during the school year. It’s just a wait-and-see type of thing. Things could be quite different for awhile and we all will have to make adjustments, but it would be great to see things get as close as back to normal as possible.”

Few bands work as hard preparing for the marching season like LC-M does. They do so much of that intense work during July and early August to try to perfect their art, which has led to tremendous ratings at regional UIL competitions and even at the State level.

“It sure is hot during that time but the kids take so much pride in what they do and what they want to accomplish,” said Ochoa. “They get a lot of fulfillment out of it, especially when they do so well in the marching contests, and they realize how much that sweat and work paid off on those hot summer days.”

Not it is just a matter of playing the “waiting game.”

“I know kids, and I know they can get stir crazy and restless,” said Ochoa. “So many of them just want to be able to get out of the house and join their friends, whether if it is playing here at school or together at someone’s house. I feel for them, I really do.”

Ochoa has really enjoyed working with the LC-M kids through the past decade.

“It doesn’t feel at all like it has been 10 years because it has been a blast,” said Ochoa. “I’m fortunate that I get to work with some amazing and talented kids. I can’t wait until we can all be together again.”