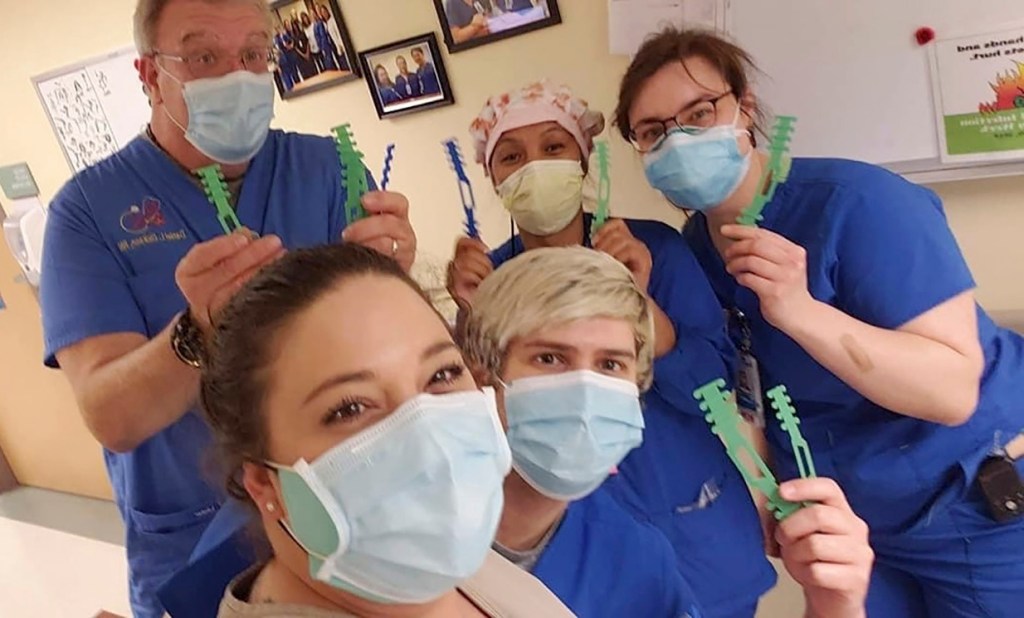 LITTLE CYPRESS – After seeing a post about a Boy Scout printing 3D mask extenders, Leigh Martin of Little Cypress Junior High contacted a few nursing friends to ask if those would be helpful. Both assured her that the mask extenders would indeed be helpful.

According to Martin, “The first round of 33 were sent to two different hospitals. One set was handed out throughout the hospital (that nurse worked with labor and delivery and sent it to the front lines). The other nurse is a respiratory nurse and works in the COVID unit. She said she was very thankful and asked for more. I was able to print another 70 to be sent. About a week and a half later, another 100 were sent. It takes about two and a half hours to print five.”

She thanks the LCM Education Foundation, Inc. for providing the printer several years ago. Students select projects and do the computations to tell the printer how to build the project. “We’ve mainly been using it to print things for the school and students, she said.”

“This has a been a great way to provide help to the people that are working on the front lines,” Martin said. “Because they are plastic, they can be sanitized between patients. It looks like the back of a snap back cap so that it allows the elastic on the masks to be touching the plastic and not over the nurses’ and doctors’ ears. LCJH Multimedia wants to thank those who are selflessly working on the front.”