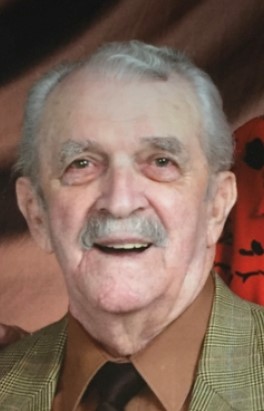 George was a native of Orange, Texas, and a resident of Brusly, LA for over 20 years.  He passed away May 3, 2020 at age 89.  He was the beloved husband of the late Mary Joanna White and the loving father of Georgia Ann White Michalski and Dewey Sherwood White (Patti).  He is also survived by his grandsons Jordan White and Ross Sagona; great granddaughter Riley Sagona; sister Violet Sparks; brother Louis C. White (Denise); as well as a host of other family members and friends.  George was preceded in death by his wife “Joann”; his parents George Dewey White, Sr. and Joanna Burch White and sibling Bernard White.  He was a U.S. Army veteran of the Korean Conflict.  He was an active member of Port Allen First Baptist Church since 1965 where he served as a deacon for many years and also as a Sunday School teacher.  The most important things in life to George were The Lord, his family, and his church family. George was known as “Poppy” to his family.  He was loved by all who knew him and will be greatly missed.  The family would especially like to thank Rev. Gray Pearson, the Port Allen First Baptist Church members, neighbors, and many Facebook friends for their support and prayers.  The family would also like to thank the Acadian Ambulance Emergency Response team, the OLOL Hospital ER staff, the SICU nurses and staff, and the 6th floor nurses and staff for their compassionate care of George. Due to the current circumstances a memorial service will be held at a later date.  Memorial donations may be made to the First Baptist Church of Port Allen at Gracepoint, P.O. Box 437, Port Allen, LA 70767.