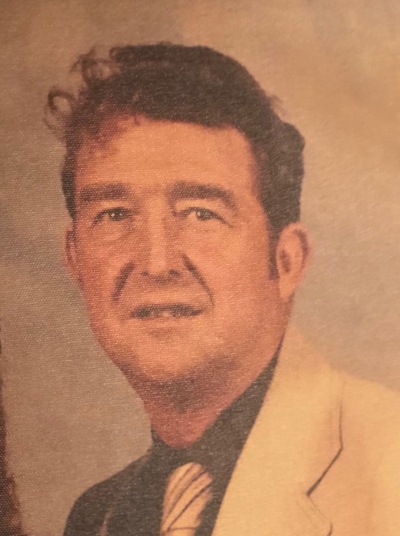 Lonnie Burks, age 91, of Deweyville, Texas, Newton County (Devil’s Pocket) died on April 23, 2020 after a courageous and sustained battle to remain with his loving family who were by his side as he passed away from them to be within the arms of his Lord and Savior, Jesus Christ. Lonnie was born on March 1, 1929 in Deweyville, Texas, the son of Willie Mae and Bryant Burks. He grew up from boyhood to a young man in Devil’s Pocket and embraced the life which surrounded him and lived the entirety of his life within that region of Southeast Texas. Lonnie grew up hunting and fishing in the lakes, river bottoms and in the piney woods of Newton County, swimming in its streams and rivers; and, attending and playing basketball at Deweyville High School prior to enlisting in the United States Navy in Houston, Texas on July 7, 1949.

Prior to serving our great country, while still a very young man, Lonnie worked in the Bean Lumber Company Saw Mill in Kirbyville, Texas operating a large log cutting saw and other heavy equipment from

1948 until late 1949 before going to work for the Texas Department of Transportation as a Survey Crew Chief where Lonnie was charged with the responsibility of determining the positioning, contours and configurations of many of the roadways in Southeastern Texas.

Upon proudly enlisting in the United States Navy in 1949, Lonnie served for four (4) years and was stationed on the USS Curtiss (AV-4); and at US Naval Air Stations in both Memphis, Tennessee and Corpus Christi, Texas. While in the Navy, Lonnie was awarded numerous commendations including superior commendations which qualified as a swim instructor; however, Lonnie chose to be a Dental Assistant on board the USS Curtiss. In fact, the Doctor for whom Lonnie worked, offered not only to place Lonnie in a position as his Dental Assistant after their service in the Navy but to underwrite and pay for Lonnie to attend dentistry school if he so desired. However, Lonnie clung fiercely to his family, his roots and the treasures which are bestowed upon young men who simply want to return to their homes and continue in their family traditions.

Lonnie was celebrated and awarded a Good Conduct Medal while in the Navy and received an Honorable Discharge from the Naval Armed Forces of the United States of America, by direction of his Commanding Officer, on March 6, 1953. Upon returning to Newton County, Lonnie met his bride and the woman with whom he would spend the rest of his life, Lottie Goddard Burks. Lottie and Lonnie were married on the 30th day of October, 1953 and got busy raising a family of six (6) children, two (2) boys and four (4) girls including Roger Burks (Mary), Cloma Burks Sams (Garvis), Anita Burks Cotlong, Beverly Burks Clark, Lonnie James Burks and Amy Burks Pleas (Mike).

The day of Lonnie’s death was the most sorrowful day of their lives. However, the family looks forward to celebrating Lonnie’s life despite the current Pandemic crisis and the entire family looks forward to praying together, hugging each other and remembering that their Husband, Father, Brother and Grandfather and Great Grandfather was the foundation upon which was built their successes, their joyous lives and their closeness to God.

While building his family, Lonnie was also creating business opportunities by working for Spencer Chemical Company in Orange, Texas from which he ultimately retired and then joined his Father in the family logging business and tending to his family while his precious wife, Lottie, tended to the household, their children, her gardens, her crafts and her husband. Lonnie was a faithful member of the Vision Outreach Church in Bleakwood (Kirbyville), Texas and, whenever he could and it was appropriate to do so, he continued to witness to others throughout the entirety of his life. In fact, his last conversations with his children included his questions to them ensuring that they were bound for Heaven.

After selling the logging business, Lonnie joined the Carpenter’s Union as a Supervisor and afterwards as a Supervisor for Burko-Bomac Construction Company after which he retired.

Lonnie was predeceased by his parents and younger brother, James Burks. He is survived by his loving wife Lottie and his six (6) children and his grandchildren Steven (Ashley); Traci (Brian); Alisha; Sabrina; Jeremy; L. J.; Amber (Kurt); Kenisha, eight (8) great grandchildren; and, his sister, Bertha Burks. A graveside private funeral will be planned and attended by his close family and a Celebration of Life will be planned at a later date when circumstances allow. Memorial donations or people wishing to honor Lonnie’s lifelong commitment to his family, his

Church and his community can be made by making donations to Vision Outreach Church. The family sends its deepest regards to the Veterans Administration’s nurses, doctors, professional care givers; and, to the family and everyone who was a part of or touched by Lonnie’s life.

The funeral service will be private under the direction of Riley Smith & Sons Funeral Home, 1810 West Fourth Street, DeQuincy, La. 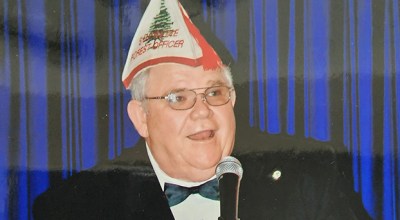 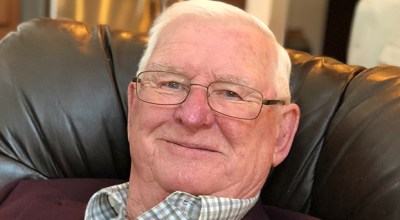