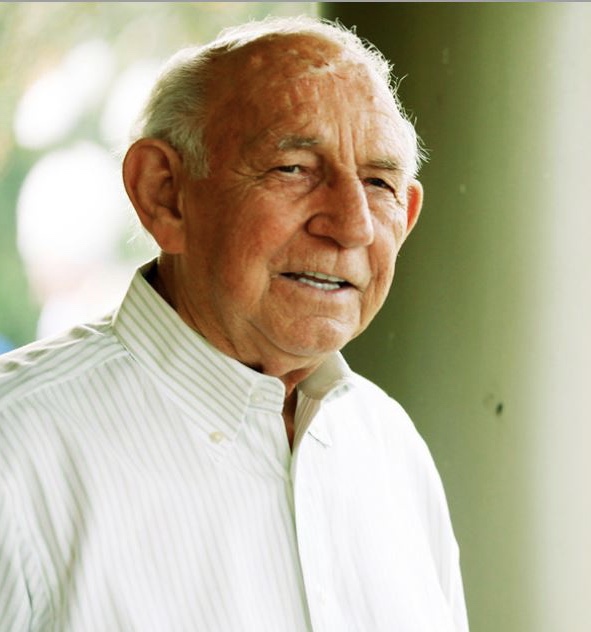 Born on June 23, 1934, Don graduated from French High School in 1952. Soon after, he married Claire Fogal and joined the Army’s Special Forces. After receiving an honorable discharge from the military, Don and Claire settled in Orange where they would raise a family. Don began his career as a draftsman for Levingston Shipbuilding, and by 1984, as Levingston was closing, he had been promoted through V.P. of Engineering to President of the company. Afterward, he and business partners formed Texas Drydock, Inc. (TDI) in 1986. With Don serving as President and owner, TDI eventually grew to over 2,000 employees and was acquired by a public company in 1998.

Don was a contemplative man with a compassionate and giving heart. He was wholly devoted to his wife of 64 years, his immediate and extended family, his work, his church, and his community.

He was a member of the Society of Naval Architects and Marine Engineers, Propeller Club of Southeast Texas (Man of the Year in the 90’s), Port Arthur Chamber of Commerce Board, Orange Chamber of Commerce, Sabine River Authority Board of Directors (two terms as president), Toledo Bend Dam Joint Operations, and a long-standing member and frequent board chair of First Christian Church of Orange (Disciples of Christ).

In lieu of flowers, the family suggests a donation in honor of Don Covington to Meals on Wheels America.