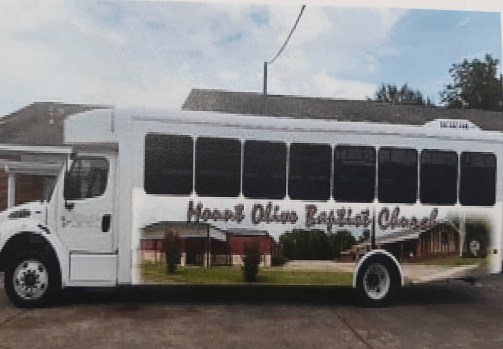 Courtesy photo A 38-passenger bus is one of several ministries added at Mt. Olive Baptist Church since the congregation celebrated 100 years of serving God. 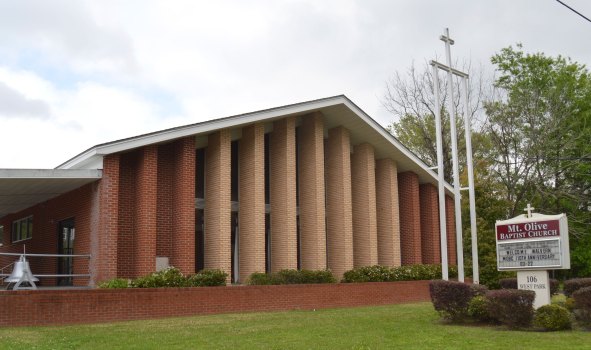 A church originally organized on April 10, 1910 at 207 John Street and now located at 106 West Park in Orange will celebrate and honor 110 years of serving God.

The congregation started meeting under an Arbour Tree on April 10, 1910 under the name of East Mt. Olive Church, the changing of the name to what it is today, Mt. Olive Baptist Church, in 1918 when the church was rebuilt.

In 1975, the church was demolished by a tornado, but the congregation remained strong and was worshipping in a new sanctuary by March 29, 1959.

Under the direction of Pastor Ronnie A.E. Crockett, Sr. the church has seen former members reunited and new ministries begun, such as The Samaritan’s Closet.

After Hurricane Rita, the church held services the Life Center while the sanctuary was under repairs.

Hurricane Ike struck another blow to the church and the Life Center to the point a temporary location was found so members could continue in fellowship and worship despite the storms.

A year later, the church family was able to return to the church again.

In 2017, the church held a Burning Ceremony to celebrate paying off the note on the church. In 2019, the church opened a new ministry, The Samaritan’s Closet. A ribbon cutting was held the same day as the congregation honored 109 years of service.

The church also added a 38-passenger bus ministry and associate ministers over the last 10 years since celebrating it’s 100 year anniversary in 2010.

A Christian Life Center, a multi-function facility for outreach ministry, evangelism, education, fellowship and recreation was added in 2001.

A special service to celebrate 110 years will be held at 10:50 a.m. on Sunday, March 22 at 106 West Park Ave in Orange with special guest minister Reverend Roderick McCollum Sr of First Missionary Baptist Church Rockport of Malvern, Arkansas. Attire is silver or gold. All are invited to attend.