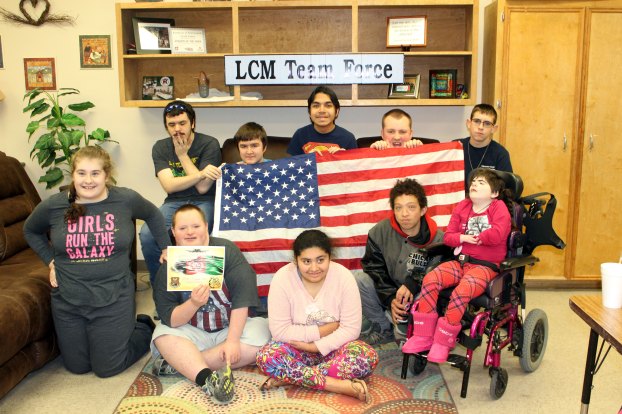 Little Cypress-Mauriceville High School Team Force was recently honored with a U.S. American flag from the U.S. Air Force. TSgt. LeBlanc, a member of the Air Force ground crew stationed in Afghanistan, submitted LCM’s Special Olympic team to be named as an honoree for the flag.

This American flag was flown proudly through the skies of Afghanistan on a combat mission aboard the legendary A-10C Warthog assigned to the 354th Expeditionary Fighter Squadron on the Kandahar Air Base in Afghanistan during Operation Freedom’s Sentinel under the pilot Col. Sean “Waldo” Monteiro, 354 EFS.

Prior to the mission, several airmen met to pray for a successful mission and for Team Force. The flag represents America during the mission and serves as a reminder to the soldiers to complete their mission and return the U.S. flag safely to those being represented. Team Force accepted this flag in humble honor and proudly displays it with its certificate in the classroom.

Due to the COVID-19 situation, the Beaumont Family Luncheon scheduled for March 26 is being rescheduled, date TBD.   ______ BEAUMONT... read more