BeeKeeping 2020 is no longer about honey 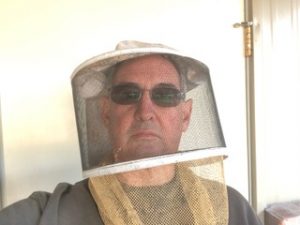 Beekeeping in 2020 is not about collecting and selling Honey.

Honey sells have become so unprofitable it’s almost better to leave it in the hive. Honey packers have flooded the American market with cheap import honey.

In recent years, large commercial beekeepers made 30-40% of their money in honey sales and the rest on pollination.

Pollination services is where a beekeeper places hives in a farmers field for a “rental” fee. The largest pollination crop in America is the California Almonds which happens in February and early March.

This year, honey sales were so low that beekeepers had to request advance payment so they could afford to ship bees to California.

What beekeepers aren’t interested in collecting Honey? Well not exactly.

Beekeepers are interested but the grocers in the U.S. are no longer concerned about carrying American products. The Honey Packers in America can import honey from Asia for less that $1 a pound and I’ve seen reports form the USDA for as low as 66 cents per pound (from Vietnam).

With laws in America allowing the Honey Packers to pronounce on the label the honey is from Southeast Texas even when it is sourced from Asia. That’s Right they can LIE and be sure they DO.

The Honey packers in America have flooded the market with so much foreign honey the price of Honey has dropped to less than $1/pound.

Texas Law prohibits the local Hobby Beekeepers from selling their honey to retailers. We can sell our honey but it must be direct sells, or in other words, we cannot sell where a second party makes money from the sell.

I cannot take my honey to Market Basket, sell it to them for $5 and let them sell it for $6. Actually, they are paying around $2.50 for the Asian stuff and selling it for $6.

Honey Importers brought in about 450,000,000 pounds of honey last year and Real American Beekeepers produced about 100,000,000 pounds with much of that being from hobbyist with only a few hives.

And you THINK the stuff at the grocery store that SAYS 100% Southeast Honey is from TEXAS,  you are mistaken. You’ve been duped by the packer.

The honey packers argue that placing the REAL Origin of the honey on the package is to difficult (they import from hundreds of countries) and continue to win their case in court. I would be happy if they could just NOT claim it was American just because it was packaged in America.

The largest importer of honey in the country is located just down I-10 east of Houston, if you look you will see the place on the right.

Honey packers make a big deal about the honey being “real” honey with claims of purity and testing then LIE on every bottle claiming it is American, LOCAL, SETX, or whatever they want to claim on the bottle.  That’s right they can claim almost anything. The ONLY WAY you can be sure is to purchase honey from a local beekeeper that you know.

How do I find a local beekeeper? Well you can look on the internet for the Texas Apiary Inspection Service to get a list of registered Texas beekeepers. You can check with the Texas Beekeepers Association for members. You can check on Real Texas Honey or call your local Agriculture Agent.