You are a friend of God 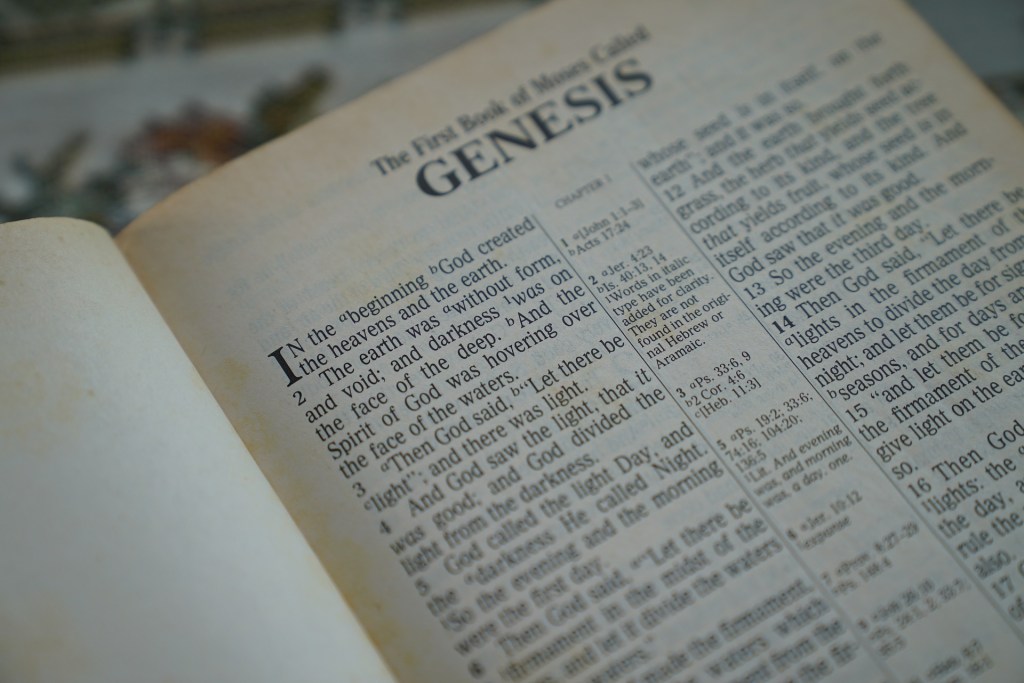 I love Genesis, don’t you?

I listen to Biblegateway.com/audio at nighttime while I’m trying to fall asleep, and I usually start out with Genesis.

I love the part where it starts out and tells us God’s Spirit is hovering over the void.  Sounds so cool and full of intrigue. I can imagine in my mind this huge, smokey, billowing cloud of a Spirit about two feet above this dark, black void of whatever that might be.

I imagine this scene behind the scenes.  A massive lock that won’t open, that runs parallel with the earth.

It is so great that God Almighty wants to tell us how it all started, and what He did.

I think this because he was 80 years old when the plagues started, and he died at 120.  Hence, they were in the desert for 40 years. Makes sense, huh? Moses also wrote Exodus, Leviticus, Numbers, and Deuteronomy, commonly called the Pentateuch or Torah before he died.

God told Moses he could not enter the promised land for striking the rock in anger.  Moses died in Moab before crossing the Jordan to go into the promised land, so then Moses had to write these books while wandering in the desert.

Why is it important for us to know that Moses wrote these in the desert you might ask?  Well, Moses was very close to God during the “wondering” and he and God would talk all the time.

We know this because God gave Moses the 10 Commandments that God wrote in stone in front of Moses.

God gave Moses all the laws for the Israelites to follow, as in how many cows you had to make restitution for, etc.

The laws in Deuteronomy, not the law they call all 5 books of the Torah.

We also know that God and Moses use to meet outside the camp in a tent.

So, first of all, we know God and Moses were talking every day, all the time.  Plenty of time for God to tell Moses of the story of the beginning of time.

I can hear Moses now asking God to tell him how it all began, and Moses listening in awe.

Have you ever thought about how strange it is that God would speak to Moses in Arabic, Greek or Hebrew?

I always think of God speaking in English, but no, that was not the case.  It sounds really funny in my head to imagine some other language coming from God since I have always heard Him in English.

I’m just happy that I hear God, no matter what language, as long as He makes me be able to understand Him.

So many times, I have wished that I could have been Moses; such a good friend, walking and talking to God every day.

Finally, one day I woke up and said to myself, “Karen, you walk and talk with God every day.”