And Now You Know: Lutcher and Moore, after the big mills closed 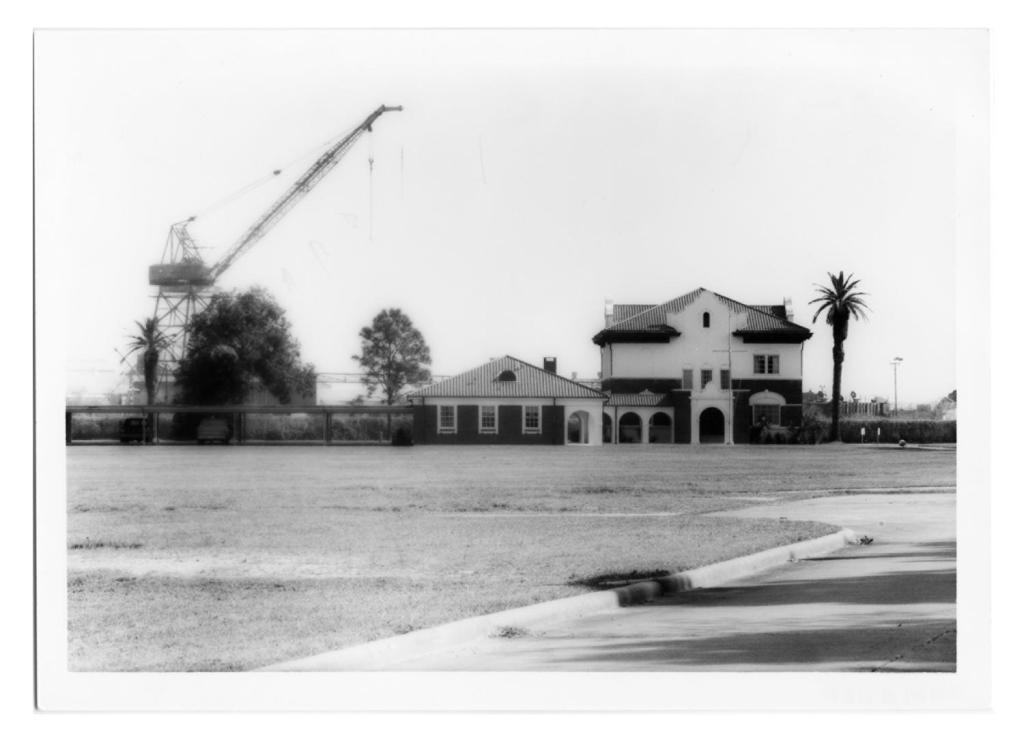 Photograph of the Lutcher-Moore Lumber Company building before it became the Port of Orange. The building is a two-stories connected to a one story and a large car-port with two cars underneath. Next to and behind the building are trees and a tower with a pulley. In the foreground is a large lawn and paved road.

H.J. Lutcher and G. Bedell Moore came to Orange from Pennsylvania and became giants in the timber and lumber interests.

Lutcher and Moore acquired several hundred thousand acres of pine and cypress timber lands in Texas and Louisiana. They built a 16 mile tram line to bring timber from the forests to the river at Niblett’s Bluff to be formed into rafts and towed to the mills at Orange.

The mills at Orange known as the upper and lower mills operated for about 54 years before the Great Depression hit the lumber industry a near fatal blow.

With the demand for lumber dropping sharply, the company closed the upper mill on September 19, 1929.

In May 1930, the Gulf Coast Lumberman reported the closure of one mill and reported that the other mill was attempting to access Caribbean timber in order to stay in business. By the end of 1930, both mills were closed.

After the big mills closed, the company operated a retail and wholesale distribution yard at Orange.

The World War II years presented them the opportunity to produce rough lumber. They leased two small mills north of Orange. They also produced planed lumber in the distribution yard at Orange. The mill produced between 150,000 and 200,000 feet a month of finished lumber.

When the mills had been in peak operation before the shutdown the output had been 150,000 feet per day.

The mill was on the site of the old lower mill of the company. At its peak, the mill had produced pine and cypress lumber, shingles, and cross ties.

The power source was a 400 hp steam engine that powered steam circular and steam band saws.

In 1948, the Gulf Coast Lumberman reported that the officials of the Lutcher and Moore company were contemplating construction of a new sawmill that would rival the great mills at the turn of the Century.

Lutcher and Moore still owned “vast amounts” of second growth timber in both Texas and Louisiana. The new operation would follow good forestry practices and selective logging. This would ensure an indefinite supply of timber for the future.

In 1956, the Texas Forest News reported that the new mill had been built with a 60,000 per day cutting capacity. The mill went into production in 1957, employing 100 workers.

The mill was electric powered, a great change from the steam powered equipment of the past and produced both rough and finished lumber.

Rail service to the mill was provided by the Kansas City Southern Railroad. In the glory years of the company, they owned their own railroad.

The Lutcher and Moore Lumber Company was sold to Boise Cascade in 1970. The mill shut down and the equipment was taken to other Boise Cascade mills.