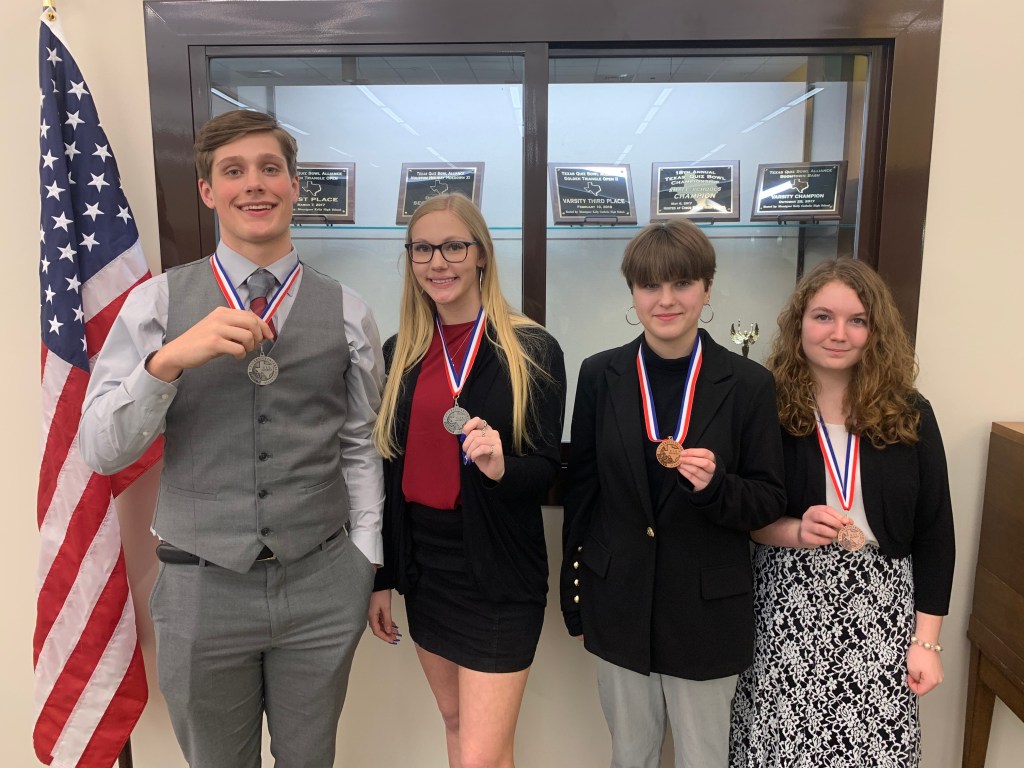 “UIL debate competition motivates students and provides them with practical application for the skills they are developing,” said Jana Riggins, UIL State Debate Director. “This year’s debate topic prompted students to research and form their own thoughts and opinions on the real-world issue our government is challenged with: Resolved: The United States federal government should substantially reduce Direct Commercial Sales and/or Foreign Military Sales of arms from the United States.”

Through participation at the UIL Cross-Examination State Meet, students who advance to the debate elimination rounds qualify for Texas Interscholastic League Foundation scholarships. Since its inception in 1959, the TILF has provided more than $32 million to more than 20,000 students. Amounts of scholarships range from $500 for one year to $20,000 over four years. This year TILF will disperse more than $1 million to more than 600 students. The TILF has over $11 million in endowed funds and receives direct scholarship grants each year of more than $800,000 from foundations, individuals and corporate sponsors throughout the state.