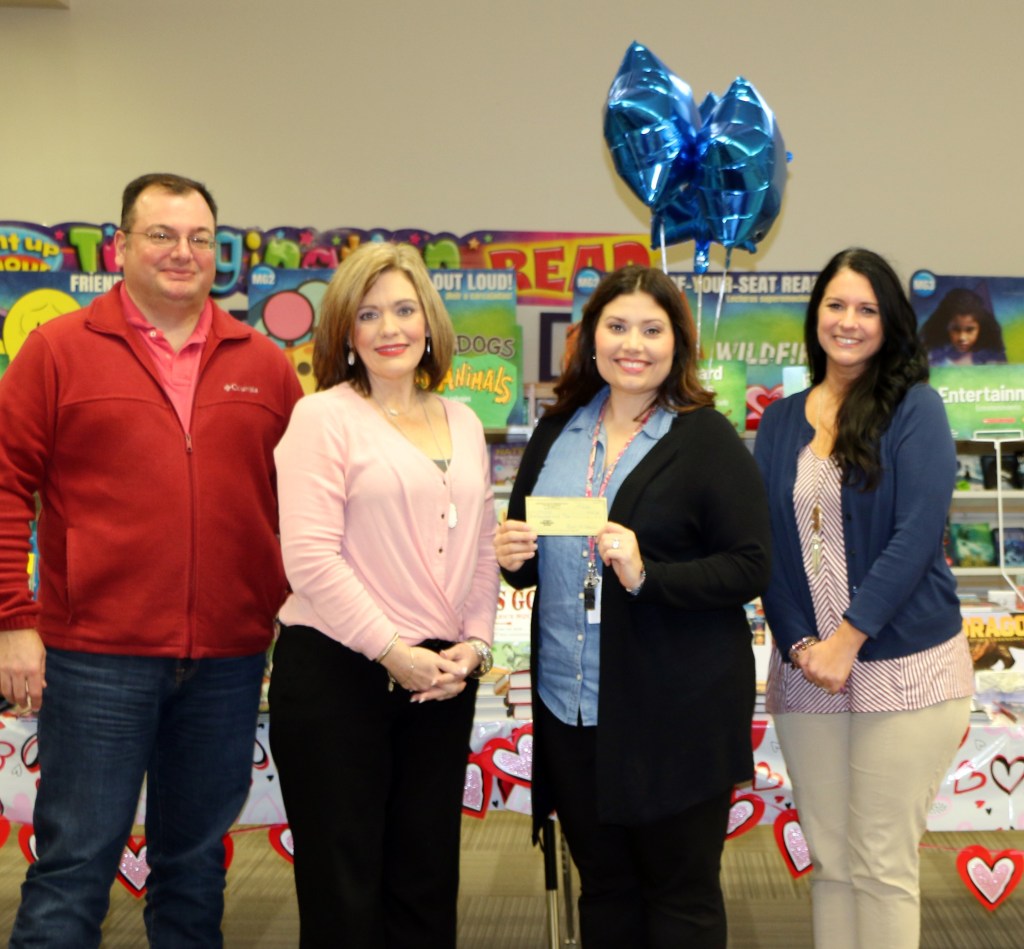 Sommer Reynolds, the librarian at Mauriceville Elementary, accepted a $500 check from The Kiwanis Club of Orange on Thursday, February 13. The donated funds will be used to purchase books for students during the MVE Book Fair.

The Kiwanis Club of Orange is a civic organization whose emphasis is serving the needs of children in our community. Kiwanis is the sponsor of the Key Clubs at Little Cypress-Mauriceville and West Orange-Stark high schools. Each year, a senior Key Club member from both schools is given a $1,000 scholarship. The LCM award is named the Q.B. Culpepper Leadership Award and the WOS award is the Ben Culpepper Leadership Award. Q.B. was one of the founders of the Kiwanis Club of Orange and was a superintendent of schools for the Mauriceville district prior to the merger with the Little Cypress district. Ben, Mr. Culpepper’s son, was active in Kiwanis and the Orange community, with his four children graduating from West Orange-Stark.

Kiwanis also organizes and runs the City of Orange Christmas Parade each year.