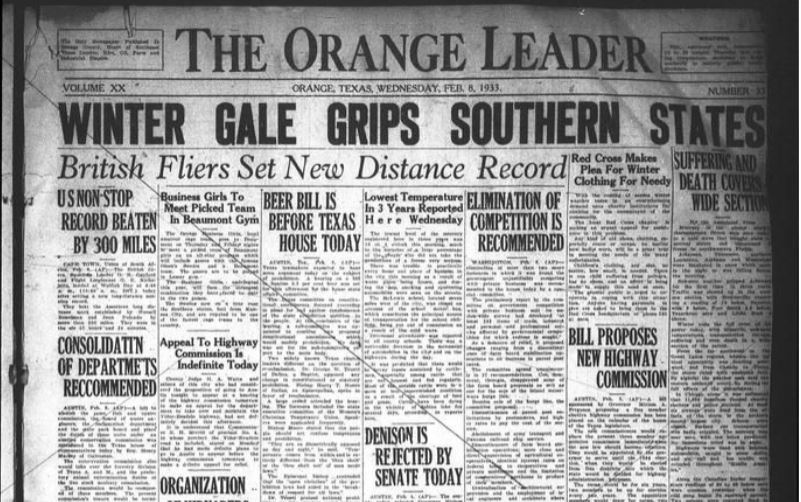 A winter gale has gripped the Southern States, the Red Cross is making an urgent plea for winter clothing for needy.

Boy Scout’s are celebrating their 23rd Anniversary while the Orange Leader is offering a yearly subscription for $4.50.

Flags at the post office return to full-staff after ten days of half staff in Memorium of the late President Calvin Coolidge. And,

Well wishes to Noah Clifton Duncan and Icey Evelyn Perry as they were married today by Judge H.A. Watts

Source: The Portal to Texas History