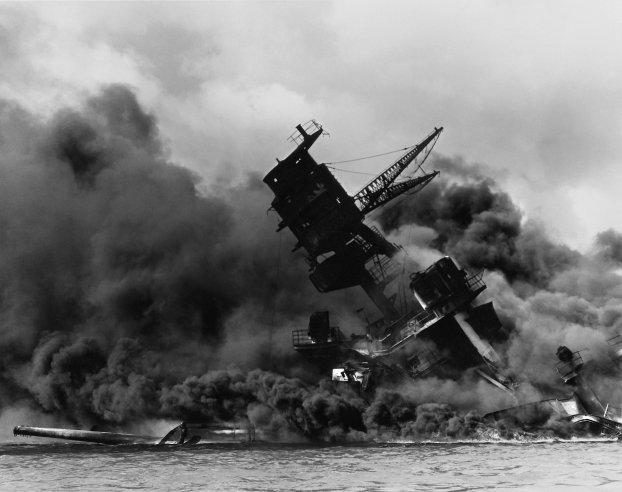 Image by WikiImages from Pixabay

And Now You Know: The day after Pearl Harbor

Sunday, December 7, 1941, started in Orange like a multitude of other Sundays.

People ate breakfast, drank coffee, read the Orange Leader, got ready for church, did whatever Orangeites did on Sunday.

It was a normal morning. By midafternoon things had changed. The radio news stations were reporting that the United States Naval Base at Pearl Harbor had been attacked by the Japanese.

Some people did not know where Pearl Harbor was, others knew and knew well, they had relatives and or friends stationed there.

The Sunday Orange Leader was a normal edition. There was national news, state news, local news, social news, and even a few obituaries.

Monday’s edition was different. The headline was that congress had declared war on Japan. Most of the front page was about the attack the day before and what was happening with the country going to war.

About a third of the page was under the heading “Orangeites Await News of Relatives, Friends Involved in Pacific War.”

Overnight the staff of the Leader had compiled a list of those relatives and friends.

Winfred Mitcham was stationed aboard the plane carrier “The Hood.”

Lester Barre, son of Mr. and Mrs. M.V. Barre, was a crew member of the USS Marblehead somewhere in the Far East. His sister, Lt. Agnes Barre, was a nurse with the U.S. Army stationed at Pamtang in the Philippines.

Lt. Blake Forest, son of Mr. and Mrs. H.B. Forest and grandson of Sam Jackson, was stationed on the USS Tennessee in port at Pearl Harbor.

C.B. Snead, who had resided in Orange for several months employed with Becthel, McCone, and Parsons while constructing the Orange shipyard, was located in Manila with a government defense project.

Almon B. Callahan, son of W.B. Callahan, formerly an employee of Gulf States Utility Company, was now in the U.S. Navy stationed at Pearl Harbor.

Joe Rogeau, who lived in Orange for several months with his grandmother, was stationed at Pearl Harbor with the U.S. Navy.

Luther Ray Harrison of Orange was on the US Fulton somewhere in the Pacific.

Powell, son of Mr. and Mrs. Ray Powell, was in the U.S. Navy in the Philippines.

Bailey Willey, of Mauriceville, brother of Hammond Willey, Orange County Commissioner Precinct 4, was a crewmember aboard the USS Howard in the Pacific Fleet.

Grady Poole, twin brother of Miss Grace Poole, a nurse at Frances Ann Lutcher Hospital, was stationed at Shanghai with the U.S. Navy.

Ensign Lynn Hurst of Beaumont stationed at the Burma Road is the nephew of Mrs. J.W. Maxwell of Orange. Maxwell has a brother Curtis L. Hurst stationed on Wake Island with a government aircraft company from Los Angeles, California.

It would be months in some cases before the news was forthcoming about some events.

The heavy cruiser, USS Houston, was sunk after being hit by four torpedoes in the Battle of Sunda Strait on February 28, 1942. There were only 368 survivors out of a crew of 1061.

The sinking of the Houston was not reported for nine months. The full story of the event was not told until the survivors were released from prisoner of war camps at the end of the war.

The USS Tennessee was not heavily damaged in the attack on December 7. She was repaired and was active in the remainder of the war.

Wake Island was also attacked, but the situation was not reported for several months. Civilian workers on Wake Island were captured along with military personnel.

The Philippines were attacked on December 8, 1941. The Battle of the Philippines lasted until May 8, 1942. There were 23,000 American military personnel killed or captured.

The reason for withholding information was twofold.

The U.S. military did not want to furnish the enemy with information about how successful the attacks of the days around December 7 had been, and they did not want to cause morale in the U.S. to suffer because of the losses incurred from the attacks.

The following divorces were reported by the office of Vickie Edgerly, Orange County District Clerk, for the week of Nov.... read more