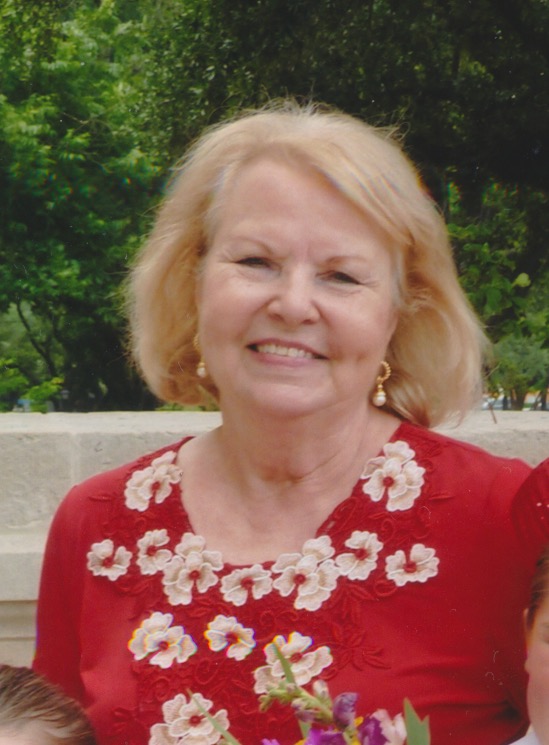 Mary Evelyn Gooch, 81, of Bridge City, Texas passed away December 3, 2019. She was born in Center, Texas on November 27, 1938 to the late Bergy Blackmon and Grace Martin Blackmon. Mary greatly enjoyed her career serving as an administrative assistant and office manager for the Rogers Bros. and Milton Bell & Associates, where she met many friends. Mary’s greatest passions were taking care of her sons and spending time with her family, including her grandchildren and her many siblings and their families. She loved cooking, cheering for the Texas Longhorn football team, singing and telling stories to her grandchildren, who cherished their time with her. She was fiercely loyal, protective and encouraging, had a positive spirit and a strong faith.
Those left to cherish Mary’s memory are her sons, Greg Gooch and Joel Gooch of Bridge City; Scott Gooch and his wife, Cecily, of Dallas along with their children Martha Josephine “Josie” Gooch, Cecily Grace “Ceci” Gooch, and Scott Vincent “Vince” Gooch, Jr.; and close family friend Teri Porter who devotedly cared for Mary during her final years. She is preceded in death by her parents; her husband Donald Gooch; and her siblings, Geneva Faucheaux, Ann Keyes, Christine Holbrook, Tommie Greer, Wanda Greer and Wallace Blackman.
A visitation and viewing will be held on Saturday, December 7, 2019 from 11:00 a.m. to 1:00 p.m. at Melancon’s Funeral Home in Nederland with a funeral service at 1:00 p.m. Interment will follow at Oak Bluff Memorial Park in Port Neches.
In lieu of flowers, donations may be made to Teens United, a program of United Way of Metropolitan Dallas that was created and founded by beloved granddaughters Josie and Ceci Gooch. Teens United offers youth volunteer opportunities to serve those in need throughout the community in the areas of education, financial stability and health. Donations may be mailed or given on-line to: United Way of Metropolitan Dallas c/o Teens United in Memory of Mary Gooch, 1800 N. Lamar, Dallas, TX 75202; website: https://unitedwaydallas.org/teensunited.