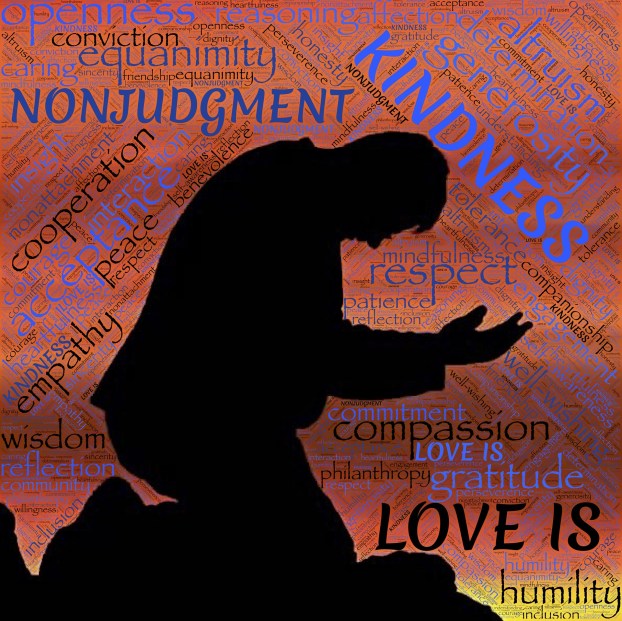 How we are to engage with others

This week I want to take another break from the series I have been doing on the Ten Commandments.  The idea behind this break is to set up some foundational thoughts for the last five commandments, which exclusively deal with how we are to engage with others.

“Then Jesus told this story to some who had great confidence in their own righteousness and scorned everyone else: “Two men went to the Temple to pray. One was a Pharisee, and the other was a despised tax collector. The Pharisee stood by himself and prayed this prayer: ‘I thank you, God, that I am not like other people—cheaters, sinners, adulterers. I’m certainly not like that tax collector! I fast twice a week, and I give you a tenth of my income.’ “But the tax collector stood at a distance and dared not even lift his eyes to heaven as he prayed. Instead, he beat his chest in sorrow, saying, ‘O God, be merciful to me, for I am a sinner.’ I tell you, this sinner, not the Pharisee, returned home justified before God. For those who exalt themselves will be humbled, and those who humble themselves will be exalted.”  Luke‬ 18:9-14‬ NLT‬‬‬‬

This story is one that I have referenced several times the past month in preaching and teaching.  Even a novice student of the Bible can clearly see the point that Jesus is making here. Understanding the contrast between these two worshipers is helpful to understand the average opinion those who heard this story would have had.  A Pharisee would have been well known as a person who kept a strict observance of the written and oral law. This man would have been view as a highly righteous and even superior person because of his lifestyle.

The tax collector, on the other hand, would have almost always been viewed by other Jews as a cheat, criminal and even a traitor.  This was because the tax collector, although a Jew, worked for the Romans and would come by and collect Roman taxes from occupied Jews.  As part of their compensation from the government, they could overcharge people on their taxes and take the difference for themselves.

If we look at these two worshipers from our eyes today, most of us would assume that the Pharisee was the one who Jesus would point out to be right before God, not the tax collector.  I want to point out that the beginning of the story says that it is going to deal with people who have confidence in their own righteousness. The tax collector’s attitude is the exact opposite of the Pharisee.  The tax collector came humble and repentant, recognizing His need for God’s forgiveness and his lack to redeem himself. The Pharisee’s confidence was in his own arrogance and self-promotion. This attitude does not please God and completely disregards the worth of others, others like the tax collector.

Humility is a posture that always pleases the Lord, and it is in humility that we find the true confidence to receive the salvation that is given as a gift of love from our SAVIOR!

That Is Good News!

The following divorces were reported by the office of Vickie Edgerly, Orange County District Clerk, for the week of Oct.... read more