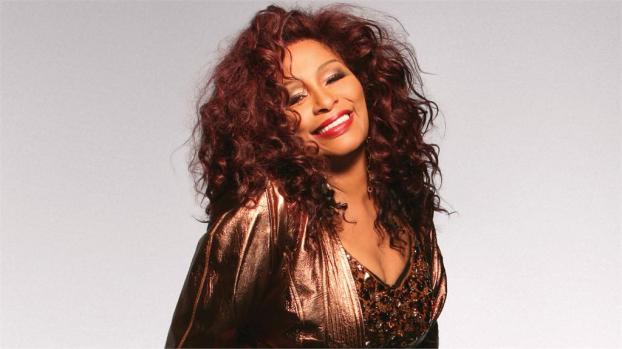 Chaka Khan – who was just announced as a Rock and Roll Hall of Fame nominee with her group Rufus – brings her rich musical legacy and a brand-new album, “Hello Happiness,” to Houston’s Arena Theatre Saturday, February 1. One of the world’s most gifted and celebrated musicians, the 10-time GRAMMY Award-winning singer, songwriter, actor, author, philanthropist, entrepreneur and activist has influenced generations of recording artists. She moves effortlessly through multiple genres, including R&B, pop, rock, gospel, country, world music and classical. The late, great Miles Davis often said, “She [Chaka] sings like my horn.” And the Queen of Soul, Aretha Franklin said, “[Chaka] is a one-of-a-kind, premier vocalist.”
Throughout her legendary career, Chaka has released 22 albums and racked up ten #1 Billboard magazine charted songs, seven RIAA certified gold singles and ten RIAA certified gold and platinum albums. “I am so humbled by the love, support and gracious spirit of my fans worldwide and the continuous support my peers have shown over the years,” says Chaka. “Throughout my 40-year career, I have been through the fire a few times over and I’m still here as a living testament to God’s love and grace.”
Born Yvette Marie Stevens, Chaka grew up in Chicago’s South Side, surrounded by music. She formed her first group, the Crystalettes at age 11, and in high school joined the Afro-Arts Theater that included Motown icon Mary Wells. She was given the name Chaka Karifi by a Yoruba priest, and became Chaka Khan after a brief marriage to fellow Lyfe band member, Hassan Khan.
After working with Lyfe and The Babysitters, Chaka finally found a home when American Breed members Kevin Murphy and André Fischer sought her out to join Rufus, a new multiracial band that embraced soul, funk, rock, and jazz. Although sales of their first album were disappointing, the legendary Stevie Wonder was so impressed with their cover of his “Maybe Your Baby,” that he wrote a new song, specifically for Khan’s arresting voice, the evocative smash hit, “Tell Me Something Good.” The single won Chaka her first GRAMMY Award and her powerful voice and dynamic stage presence helped make Rufus a hugely popular sellout act with hit after hit on the airwaves and five RIAA certified gold and platinum albums.
Chaka’s rising star power was evident in the evolution of the band’s name: from Rufus to Rufus Featuring Chaka Khan, then Rufus & Chaka Khan, and ultimately Rufus & Chaka. While still performing with Rufus, Chaka launched her solo career with the phenomenal hit “I’m Every Woman,” an anthem of women’s empowerment penned by Ashford & Simpson. More hits followed, including “Clouds,” “Papillon,” and “What ‘Cha Gonna Do For Me?”
Chaka explored her love of jazz with “Night in Tunisia” featuring the song’s originator, Dizzy Gillespie, on trumpet, and an album of jazz standards, “Echoes of an Era.” Her album “Chaka Khan,” and its jazz single, “Be Bop Medley,” garnered two more GRAMMY Awards. The chart-topping mega hit, Prince’s “I Feel For You,” made history as the first R&B song to feature a rap, by Grandmaster Melle Mel.
In 1995, she made her musical theater debut on London’s West End, where she starred in “Mama I Want to Sing.” In 2002 she traveled to Las Vegas, where she starred in “Signed, Sealed, Delivered,” a critically-acclaimed musical based on the music of Stevie Wonder. Her Broadway debut came in 2008 when she took over the role of Sofia in Oprah Winfrey’s musical “The Color Purple.”
In 2011, she was honored with a star on the Hollywood Walk of Fame and a tribute by the United Negro College Fund’s “An Evening of Stars.” Chaka has also received the Soul Train Legend Award, the BET Lifetime Achievement Award, the GRAMMY Honors Award from the NARAS Chicago Chapter and the World Music Award Lifetime Achievement Award. Chaka has always made time to support and uplift her community. She has a deep commitment to women and children at risk, which led her to establish the Chaka Khan Foundation.