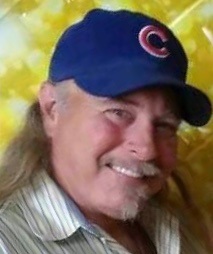 Kevin Robert Hinds, 62, died Thursday, October 10, 2019, while undergoing routine outpatient shoulder surgery. The cause of death is unknown and an autopsy is pending.

Kevin was born October 30, 1956, in Oakland, California, to Robert Bruce Hinds and Barbara June Goree Hinds. Due to his father’s career in the Navy, Kevin live all over the United States and settled in Orange, Texas upon his father’s retirement from the military. In 2009, Kevin moved to Wichita Falls.

Kevin was preceded in death by his parents. He is survived by his siblings (Katia Hinds, Karie Burnaman, Karin Armfield, Kolin Hinds, Zoe Hinds), many nieces, nephews and other family members. While Kevin never had any children of his own, he had the great joy of being a step-parent, step-grandfather, and step-great-grandfather to many. He loved these roles and loved his family. Gumby will be missed by them all.

Kevin served in the Army and was very proud of his service to his country and cherished the friends he made during that time and across his lifetime. For the past ten years, Kevin worked as a Maintenance Worker at Sheppard Air Force Base.

Kevin was an avid Cubs fan. He remained perpetually optimistic they would someday win the World Series and was ecstatic when they finally won the pendant in 2016. He could do a crossword puzzle in pen and was smarter than any school ever gave him credit for being. He loved listening to music and was an encyclopedia of music tunes and facts as well as other random, sometimes useless but interesting, information.

A formal service will not be held as that would not be what our brother would have wanted. Kevin will be cremated and his ashes scattered at a later date. Friends and family in the Wichita Falls area are invited to join us for a celebration of his life at his favorite watering hole, the Missile Club, 4318 Burkburnett Road, Wichita Falls, on Wednesday, October 16, 2019, at 6 p.m. A gathering for his friends and family in Southeast Texas will be planned at a later date.