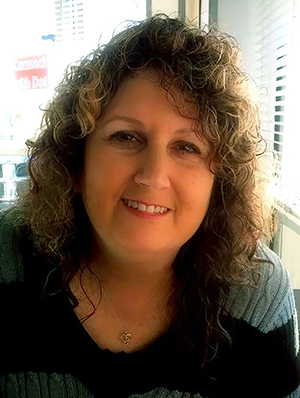 Sheila Streva Brock Hidalgo, age 50, of Orange, TX gained her angel wings on September 26, 2019 at 12:30p in the comfort of her brother’s home in Lake Charles, LA after a long and courageous battle with breast cancer.

Sheila was the fourth child born to Frank and Novie Streva, on October 16, 1968 in Lake Charles, LA. She graduated from LaGrange Senior High in 1986. In 2007, she obtained her associates degree in Information Technology from The University of Phoenix.

Sheila was an avid pool player. In May 2011, she won the National Finalist Regionals APA 8-Ball Classic Singles Championship where she qualified for a trip to compete in Las Vegas, NV. Once in Las Vegas, she won 5th place in her division.

An active member of Faith United Methodist Church in Orange, TX, Sheila was the Nursery Director for many years, was active with the youth group, participated in mission trips, attended the women’s Emmaus Walk 160, volunteered for Vacation Bible School and served two years on the administrative board. She was also an ordained minister.

In addition to her numerous volunteer hours spent at Faith UMC, she took great pride in serving the community at the Lighthouse Soup Kitchen in downtown Orange, TX.

Her greatest joy of all was spending time with her family and friends.

A secondary memorial service will be held at 5:00p on September 30, 2019 at Faith United Methodist Church in Orange, TX.

In lieu of flowers, memorial donations can be made to the building fund at Faith UMC of Orange, TX.