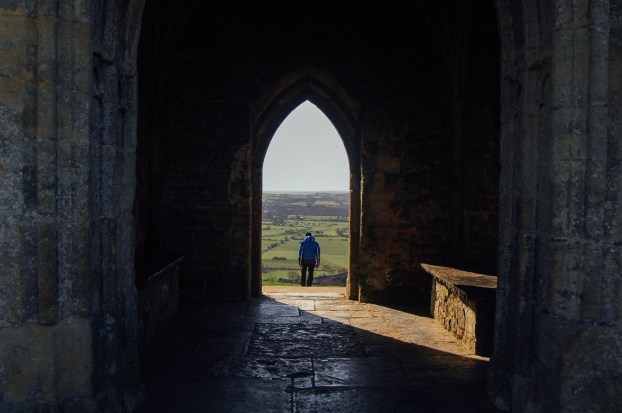 If people fear what they don’t understand, then one of the most feared things today is religious liberty. It’s standard practice for mainstream and left-leaning news outlets to handle the notion with scare quotes when it conflicts with the civil rights claims of sexual minorities. Reporters routinely relay the talking point that religious liberty is just “a license to discriminate.”

That narrative got a boost last week when a viral video showed a Mississippi wedding venue operator citing her religious beliefs in refusing to serve an interracial couple. In the video, she responds to questioning by the groom’s sister, saying, “First of all, we don’t do gay weddings or mixed race—because of our Christian race. I mean, our Christian belief. I don’t want to argue my faith. … [W]e just don’t participate. We just choose not to.”

After a flurry of condemnation, the woman consulted her pastor, learned that the Bible does not mention “biracial relationships,” and apologized on the venue’s Facebook page.

The president of the Human Rights Campaign responded by tweeting “Religion should never be exploited as a license to discriminate,” adding that it exemplifies the persistence of “white supremacy and anti-LGBTQ bigotry.”

In an age of sharp political polarization and evergreen newsfeed outrage, little is obvious anymore, and nothing can be taken for granted. So let’s be clear that antigay animus and racism are wrong, and that we always ought to condemn actions motivated by those attitudes.

That said, this episode has a farcical quality to it. Awkwardly correcting oneself from “Christian race” to “Christian belief” looks like a racist Freudian slip. It’s a real-life parody of the worst stereotype of bigotry, where the bigot is inept and evil all at once.

Even more remarkable though is the ignorance of Christian moral teaching, not just on the venue operator’s part, but also on the part of alarmists menaced by her religious appeal. In her apology, the woman attributed her belief in antimiscegenation to her upbringing. This suggests she was acting as a cultural Christian, familiar with the trappings of faith but lacking knowledge that a regenerate follower of Christ should come to acquire. We might suppose she would question a racist upbringing given the teaching in Galatians 3:28 that “There is neither Jew nor Greek, there is neither slave nor free, there is no male and female” in Christ. Or, we might suppose she would learn that Christians are to be countercultural rather than uncritical of their native culture.

But beyond a lacking of basic Christian knowledge, this person has internalized modernity’s assumption that faith should be privatized, kept to oneself as part of a live-and-let-live pact of liberalism. Her saying “I don’t want to argue my faith” echoes the position of philosopher Martha Nussbaum. Assessing the Trinity to be an incoherent concept that undermines Christian claims to rationality, Nussbaum once concluded that “reasonable citizens should not be in the business of looking over the shoulders of their fellow citizens to ask whether” their deeply held beliefs stem from coherent reasoning. To her, “Such scrutiny . . . has no place in a respectful political liberalism.”

This consensus between a Mississippian antimiscegenist and a renowned Hyde Park feminist must give us pause. Citizens who are discouraged from asking whether each other’s deepest held beliefs are reasonable fail not just to know reasons for others’ beliefs; they fail to know reasons for their own beliefs. Further, they lose opportunities to exercise the virtues of patience and charity that liberal societies depend upon to survive. When those virtues atrophy, it shouldn’t be surprising that demagogues exploit citizens’ mutual ignorance to dismiss others as bigots. To its shame, the U.S. Civil Rights Commission did this in 2016 when it suggested religious liberty and religious freedom are “code words for discrimination.” And in 2018, the U.S. Supreme Court determined Colorado officials’ dismissal of baker Jack Phillips’ beliefs—as “a despicable piece of rhetoric”—to be a denial of his due process.

Rather than suppose that mutual respect requires we hunker down and leave each other’s beliefs unexamined, Americans must continue to value a rigorous, sometimes uncomfortable exchange of ideas. Contrary to elite opinion, traditional Christians can hold their own giving reasons in the public square. Rather than letting personal and religious reasons rust from lack of use, we must reinvigorate what law scholar John Inazu has called a “confident pluralism.” Otherwise, not only will we go on fearing others’ deeply held moral reasons; we will too often not know our own.

Lewis Waha holds an M.A. in Christian Apologetics from Biola University and is a freelance writer focusing on faith in the public square.

The following divorces were reported by the office of Vickie Edgerly, Orange County District Clerk, for the week of Aug.... read more