And now you know: Robert Russell was a San Jacinto Veteran 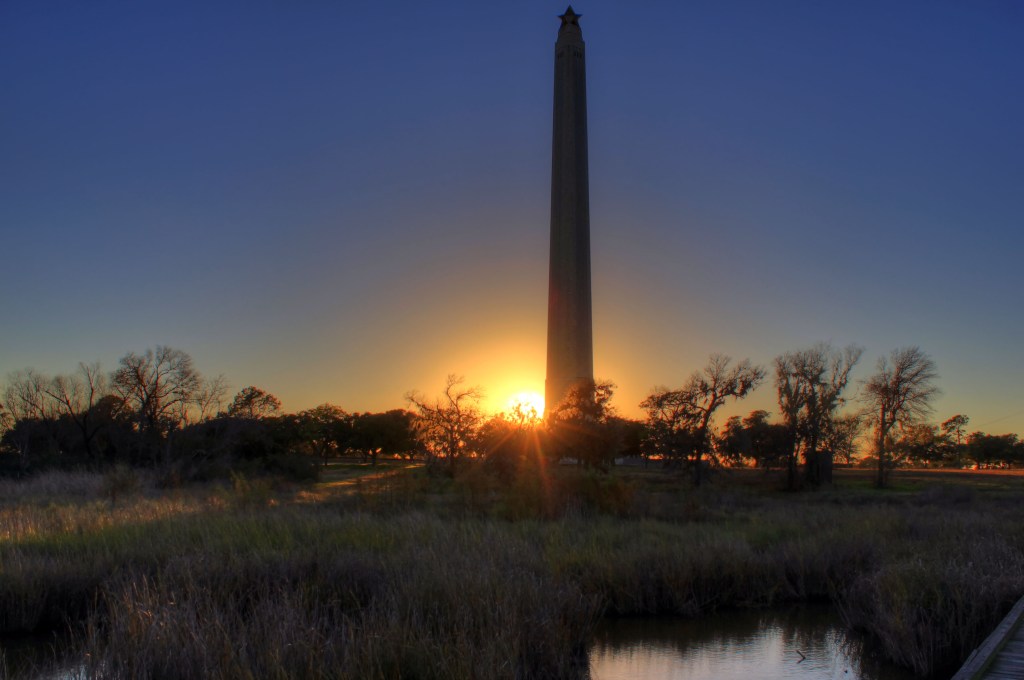 Robert Benedict Russell migrated into Texas with his sister and her husband, Captain Alanson W. Canfield. Canfield had obtained a Mexican land grant for acreage in San Augustine County.

When hostilities developed between the Texans and the Mexicans, Russell joined the Sabine Redlanders, a volunteer company formed in San Augustine in February 1835.

Russell fought in the battle at San Jacinto in Sam Houston’s army with Colonel Sidney Sherman’s Second Regiment of Texas Volunteers. After the war ended Russell stayed in the army a short time and served under a captain named Kimbro.

When he left the army, he returned to San Augustine and married Lavinia Brownrigg. His brother in law had begun publication of the San Augustine Redlander. The Redlander was one of only three papers to be recognized as the voice of the Texas Republic.

In 1846, Russell bought the Redlander and served as the editor and publisher for four years.

He sold both the paper and his cotton business in 1850 and moved to Sabine Pass.

At Sabine Pass, he owned three sailing ships that were used to transport lumber from Orange sawmills to Galveston. From Galveston, Orange lumber was shipped worldwide.

Russell had a superstition; he would not allow his ships to sail on a Friday. A ship that was loaded on Friday was not allowed to sail before dawn Saturday.

After investigating the business climate in Orange, he sold his ships, moved to Orange and built a steam sawmill and shingle mill.

In 1875, he obtained a patent for a process to bundle shingles. The process has not been improved on and is still in use. Russell never made money from his patent. He allowed free use of the patent by anyone who wished to use it for their business.

He owned a hotel on the corner of Second and Front Streets and a home on Market and Georgia Streets.

Eventually, he moved into a home on the corner of Green Avenue and Fifth Street. The house faced Fifth Street and the east side of First Baptist Church.

Russell was appointed postmaster of Orange and served under the Confederacy during the Civil War years.

On December 4, 1880, Russell was inspecting rail cars at his shingle mill when cars were sent down the track by a worker that had not noticed Russell. He was crushed between a car loaded with shingles and another railcar and died at the site.

He and his wife had eight children. His son, Henry Hoyt was the father of Julia Russell Campbell, the mother of Hillary Campbell, the last living direct descendant of Robert Russell in Orange County.

Russell is buried in Evergreen Cemetery. His military career in the Texas Revolution was investigated and found worthy of designation by a historical plaque at his gravesite.

Robert Benedict Russell is also noteworthy as being the only veteran of San Jacinto buried in Orange County.

A look back: The Orange Leader, Thursday September 14th,…