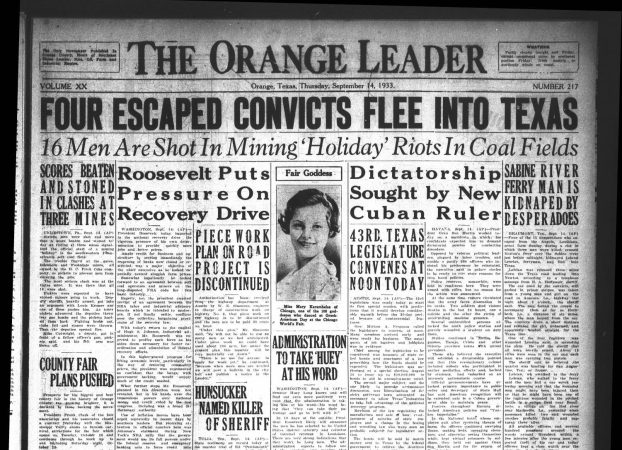 A look back: The Orange Leader, Thursday September 14th, 1933

Four men who escaped from Angola kidnapped a Sabine River Ferryman to escape into Texas; 16 have been shot so far in a Coal mining strike. The American Legion honors Italian Premier Benito Mussolini by making him an honorary member.

Mr. and Mrs. W.H Stark has returned to Orange after vacationing at their summer residence in Colorado.

The County is pushing plans for an even bigger and better County Fair than ever before!

HOPE FOR TODAY: When Only A Miracle Will Do

Clint Decker For nearly 10 years I served inmates in our small rural county jail as a minister and saw... read more