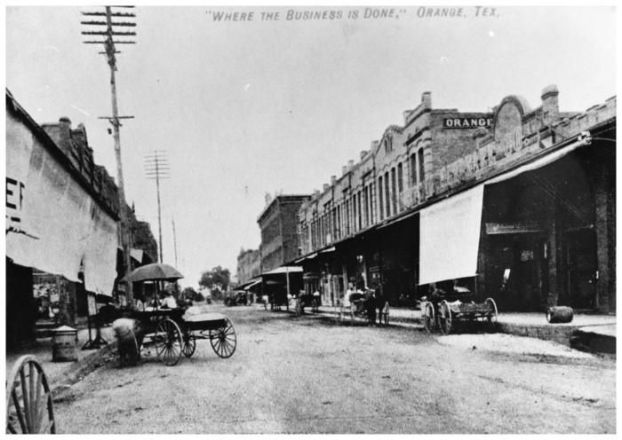 And Now You Know: Hillary Campbell’s memories of a wild youth in Orange

In 1973, Hillary Campbell was 77 years old. In an interview, he spoke about his time as a “wild youth” on the streets of Orange.

Campbell’s mother was the granddaughter of Robert Russell. Russell had come to Orange in 1854 as a prosperous young man. He had continued his prosperity in Orange as well as helping the town grow and gain economic stability.

Only two direct descendants of Robert Russell remained. Campbell’s aunt, Mrs. Louise Russell Kitterman, was a resident of Beaumont. Campbell was the last of the Russell line to reside in Orange.

“It is a wonder I had any morals. My daddy died when I was 10 and my mother had to work to support the two of us. I did pretty much as I pleased, I ran the streets, went into saloons, into the red light districts, nobody cared that I was too young to go to those places, nobody stopped me,” said Campbell. “I saw more foot races, fistfights, knife fights, and brawls than you can imagine. I remember seeing men shot down on the streets and in the saloons.”

Once when driving around town with a friend, they crossed the railroad tracks on Elm and 11th Streets. Campbell pointed out a big limb that extended over the tracks. He told his friend that he lived about a block away from there and could remember when that tree was used as a hanging tree. He said his mother would not let him go there.

“I never saw any hangings there or at the hanging tree uptown either. I remember one legal hanging at the courthouse, but I did not see that one either,” said Campbell.

Even though he had more freedom than most boys his age, his mother saw to it that his education was not neglected. He only had one week of formal education at about the fifth grade level, but his mother bought him books and taught him herself. Later, she hired a private teacher and bought him his own desk.

For a time, he was involved in the insurance and real estate business and maintained an office in the Bancroft Building.

Eventually, he worked from his 12th Street home as an income tax preparer and notary public.

He lived with his mother until she died in 1944. He never married.

He spent his spare time researching his family in Orange and San Augustine Counties. The roots of his family lie in the red hills of San Augustine where his great-grandfather Robert Russell settled when he came south as a young man.

Having a strong family pride and believing in the preservation of history, Campbell donated about 500 items of Russell family antiques and related objects to the San Jacinto museum. The value of the items is not known but they could have been sold for an attractive price on the antique market.

Because of his generosity, museum officials researched his great-grandfather’s background. They found it meritorious and erected a plaque commemorating him on his grave in Evergreen Cemetery.

When he died, he was the last of the direct descendants of Robert Russell.

A new study by Baylor University researchers points to some sleep difficulties for caregivers of patients with dementia.  Those caregivers... read more