Coleman once in Orange

A woman defied all the odds and became the first black and female aviator.

But the first female and first black aviator was Bessie Coleman. Coleman was also the first Native American woman pilot. 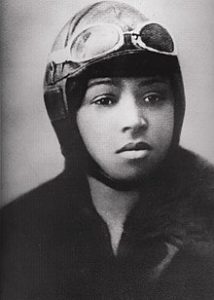 Born in Atlanta, Texas on January 26, 1892, Coleman heard about French women were allowed to fly plans when her brothers returned home from serving in France during World War 1.

She applied to many flight schools across the country, but no school would take her because she was both African American and a woman. Famous African American newspaper publisher, Robert Abbott told her to move to France where she could learn how to fly. She began taking French classes at night because her application to flight schools needed to be written in French. 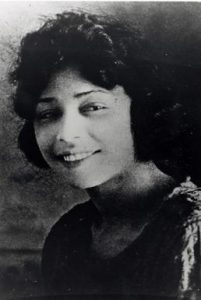 Finally, Coleman was accepted at the Caudron Brothers’ School of Aviation in Le Crotoy, France. She received her international pilot’s license on June 15, 1921, from the Fédération Aéronautique Internationale. Coleman’s dream was to own a plane and to open her own flight school, according to www.womenshistory.org

While performing flying shows and giving speeches, she also refused to speak anywhere that was segregated.

An article in the May 28, 1925 edition of The Orange Leader shows Coleman was in Orange more than once. 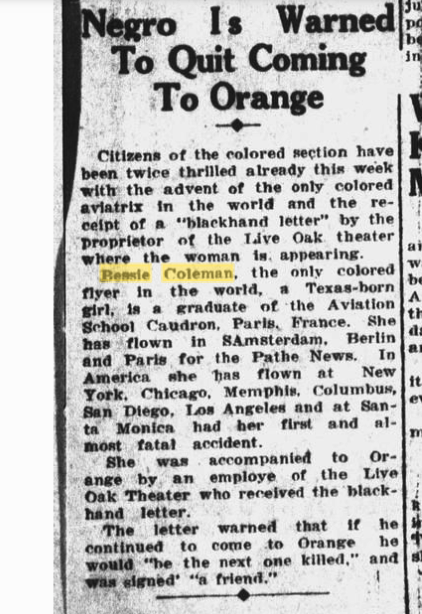 “Citizens of the colored section have been twice thrilled already this week with the advent of the only colored aviatrix in the world and the receipt of a “Blackhand letter” by the proprietor of the Live Oak theater where the woman is appearing.

Bessie Colman the only colored flyer in the world, a Texas-born girl…”

It is never too late

Brad McKenzie A man was riding his horse off the beaten path and he got lost.  He came upon a... read more