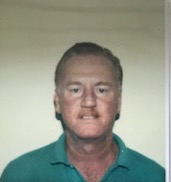 Mr. Foley was born January 18, 1950, in Sanford, Florida to Woodrow and Dillie Foley. He served in the United State Air Force, during the Vietnam War as a radio operator and spent 14 months in the South Pacific.  Since returning from war he served 24 years in the USAF and retired in 1994.  Mr. Foley worked many years for Florida State as a Forest Ranger and loved the outdoors.

He was an amazing and dedicated father and husband, always making sure his family came first. His sense of humor was unique and he could always spark up a conversation with anyone in a room leaving a lasting impression. He is and will be deeply missed.

Mr. Foley is survived by his wife Mattice; sister, Betty; brothers, Pearly, Ralph, and Roy Foley; son, Ron Foley; daughters, Nicole and Chelsa and their spouses. In addition he leaves to mourn six granddaughters and many nieces and nephews. He was preceded in death by his parents and siblings Patricia, Doug and Bobbie.

Mr. Foley will be eulogized Thursday, August 23rd in Houston, Texas. Services have been entrusted to Geter Funeral Home.