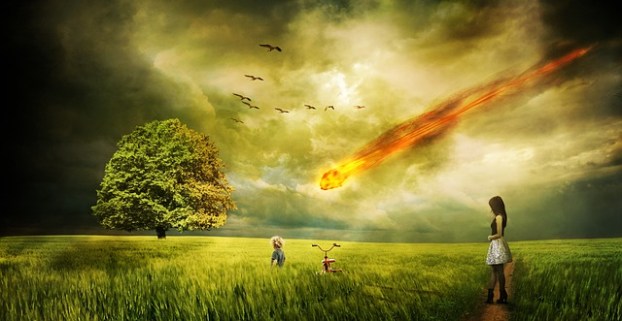 2 Peter 3:3-4 – Above all, you must understand that in the last days scoffers will come, scoffing and following their own evil desires. 4 They will say, “Where is this ‘coming’ he promised? Ever since our ancestors died, everything goes on as it has since the beginning of creation.”

I noticed over the years, that Christians seemed to have lost the zeal for Jesus’s return.

Not that we don’t want Him to return, but we seem to have lost the anticipation, the readiness, all the buzz about it.

They actually have coined the phrase on the internet – “end time fatigue”.  We as Christians have been watching and waiting for so long, we have grown weary.

Proverbs 13:12 states, “Hope deferred makes the heart sick, but a longing fulfilled is a tree of life.”

We are waiting for that fulfillment, but we Americans do not handle delays very well, and yet people wait less than we have ever waited.

We travel at high speed to our destinations, communications are in an instant, cooking is at it’s fastest with microwaves, and yet we still complain.  It appears the more advanced and the faster technology gets, the more we grow weary.

But we are not the only ones that hate waiting.

From the Disciples constant questions about the coming of our Lord’s kingdom, it was evident the disciples were not excited about waiting either.

When Jesus tarried three days before going to the place Lazarus had fallen sick and died, both Martha and Mary cautiously chided Jesus for coming too late.

In the past, every time we have had a major earthquake, a comet coming to close to the earth, or some other phenomena, I have been saddened by the destruction, but rejoiced for a closer step to heaven, because we believe these are some of the signs of the times.  All these steps have made us walk so far in anticipation.

If we Christians are weary, then you know the non-believers will be shouting 2 Peter 3:4.

They have not grown weary as we Christians have, they just lack the faith to believe.  If they had faith, they would believe not in what they see, but in what God has said in His word.

So even though we Christians have grown weary, we have not lost faith.  We know His word, we know the signs, we know we must be patient for each step to take place.

So, don’t listen to the coming nay-sayers and scoffers.

Its wonderful God left us a map so we can follow it; to have hope, even if our hope is deferred.  Read the book of Revelations. It is God’s map, and it comes with a bonus.

Revelation 1:3 states “Blessed is the one who reads aloud the words of this prophecy and blessed are those who hear it and take to heart what is written in it, because the time is near.”

The word Revelation means “a surprising and previously unknown fact, especially one that is made known in a dramatic way.”

Non-believers and scoffers need to be told about the facts when they start scoffing and mocking prophecy.  And as far as the dramatics go, well God really has a flare for that!

Second annual Under the Sea Tea fundraiser set for Sept. 14

BEAUMONT, Texas — The second annual Under the Sea Tea fundraiser for the educational programs of the Clifton Steamboat Museum... read more