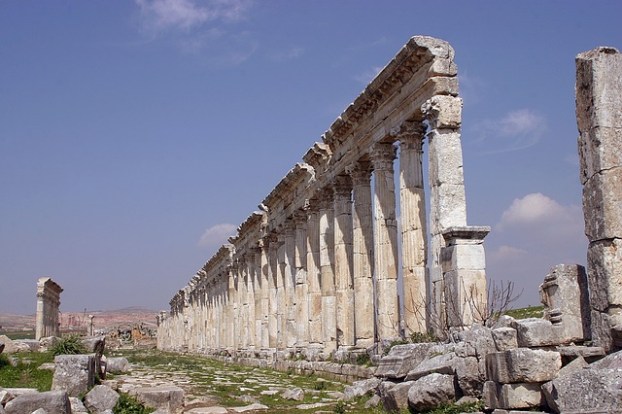 Before continuing, it should be noted that some believe the events of Isaiah 17 occurred in the 8th century B.C. when Assyria attacked Syria and northern Israel.  However, verse 1 says that Damascus will be “taken away from being a city”.

This level of desolation has not occurred yet.

And for those of you who don’t know, Damascus is a city in Syria.

Damascus is widely believed to be the oldest continuously inhabited city in the world, with evidence of habitation dating back at least 11,000 years, (according to the internet).

Today, Damascus is the seat of the central government and all of the government ministries.

As of 2018, Damascus has witnessed repeated conflicts and has been considered by Mercer as one of the most unfavorable places to live.

Isaiah 17 opens with the words “the burden of Damascus”, which indicates that Damascus is the subject of a troublesome prophecy.

Other places in Syria will also face destruction as Isaiah mentions “the remnant of Syria”.

Isaiah 17:1-3 does not specifically tell us the cause(s) of Damascus’s demise, however, Jeremiah 49:23-27, a passage that may have end-time implications, suggests that the city may be target of an attack:   “(26) Therefore her young men shall fall in her streets, and all the men of war shall be cut off in that day, saith the LORD of hosts. (27) And I will kindle a fire in the wall of Damascus, and it shall consume the palaces of Benhadad, (which refers to a Damascus King).”

On July 22, 2019, Pope Francis has “hand-delivered” Syrian President Bashar Assad a letter expressing his profound concern for the humanitarian situation in Syria, and in particular the plight of civilians in Idlib province.

Syria’s conflict, which began in 2011, has killed more than 400,000 people.  In May of 2019, it was reported that Syria’s state news agency says a visiting North Korea delegation, has expressed interest in helping Damascus with reconstruction efforts.  What? North Korea?

Well, Syria and North Korea have been longtime allies, and the war in Syria has devastated the country and billions of dollars are believed needed, to rebuild.

Damascus is facing European and U.S. sanctions because of the war, so no help there.

North Korea is seeking to expand its commercial ties to reduce its reliance on China.

All this to say, things are really getting explosive in Damascus, and we as Christians know all the signs, but it really helps to take a closer look at what’s really happening.

We also know that in vs (4) of Isaiah: “And in that day it shall come to pass, that the glory of Jacob shall be made thin, and the fatness of his flesh shall wax lean”.

The phrase “in that day”, which is an end-time context, refers to the “Day of the Lord”.

The appearance of this phrase suggests the destruction of Damascus will likely occur around the time of the Day of the Lord.

So, keep your eye on Damascus.  The faster the labor pains, the closer the time for Jesus to return!

Gate City Guild #42 said thank you to the community in a big way as the group gave away 100... read more