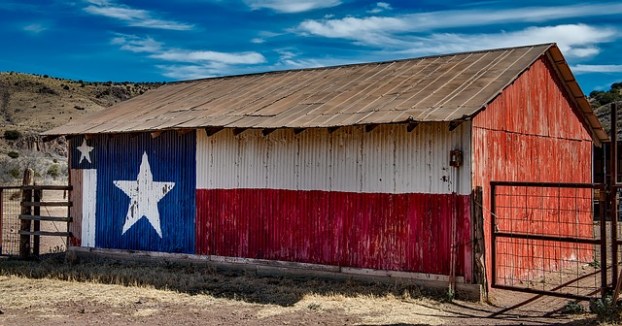 When the Great Depression had a stranglehold on the nation in 1930, the “haves” were outnumbered by the “have-nots” greatly. It wasn’t even close.

Most scenes seemed rural, and many young men joked that they didn’t know their first names weren’t “Gitwood” until age 14 or so.

Thing was, with nearly everyone “pore.” My friend Mamie McCullough claims this condition was one step down from “poor.” Essentially, most folks were “in the same boat.”

The masses were too busy trying to scratch out a living to give much thought to status. A common joke was shared when the dreary era finally ended. They said a rabbit–hopping merrily down the trail–seemed unhurried, since nobody was chasing it.”

It’s probably erroneous to paint the era in a hue far too “dreary,” and/or with a brush much too wide.

Many folks who remember those years do so fondly, and foundational values born of this time shaped a nation. Patriotism shone at its utmost brightness when courageous and committed men and women shouldered heavy loads leading to victory in World War II.

Two births of infant boys in Texarkana, TX, occurred in 1930. One was a few months older, and he lived into his 90th year. His achievements were many, and he became one of the world’s richest men.

The other–whose parents likewise were deeply rooted in things rural–was a year behind the other at Texarkana, TX, High School. He, too, was a distinguished graduate, but his life was cut short. When cancer took him, he was 48.

You’ve heard and read much of the former. He was “first” in many things, though unsuccessful in two US presidential races. His name was H. Ross Perot, who relentlessly persevered successfully in many other areas of achievement.

The other was Dr. Donald M. Anthony, for whom I was a pallbearer at his funeral in 1978.

He spoke positively and often about how Perot–a high school friend–had influenced his life. Upon graduation in 1947, Perot distinguished himself at Texarkana College before he was accepted to the Naval Academy.

Dr. Anthony was one of several friends who knew Perot “up close.” I was never privileged to meet Dr. Perot, but respectfully add the “Dr.” to his name, since 19 higher education institutions conferred honorary doctoral degrees.

I was privileged to work alongside Don Anthony at Tarrant County College for a half-dozen years or so. He was president of the Northeast Campus; I was the “flack” whose job it was to keep TCC “in the news and off the front page.”

Ever the gentleman, he was revered by the faculty he led and the students he served

Few of us remember what long-ago friends said, verbatim anyway.

Facing death with courage, dignity and great faith, Dr. Anthony often shared a conviction with friends about his declining health. He was a devout Christian, and smiled with the recitation that reflected his innermost being. “I am prepared for the probable, and praying for the unlikely.”

Now there’s a quote worth taking to heart.

A life worth taking to heart is that of Eddie Janek, a 92-year-old Galvestonian whose good cheer heartens us upon every visit to his beautiful city.

He’s a successful businessman “still at it”–an icon who started out “pore.”

Reared by a widowed mother near West, TX, he remembers occasional Saturdays when she allowed him to take two chickens to town.

A grocer paid him 15 cents for the chickens.

That’s all he needed.

Three nickels bought admission to the Best Theater, a soda water/popcorn treat and a comic book. Life, he claims, was good then, and good now.