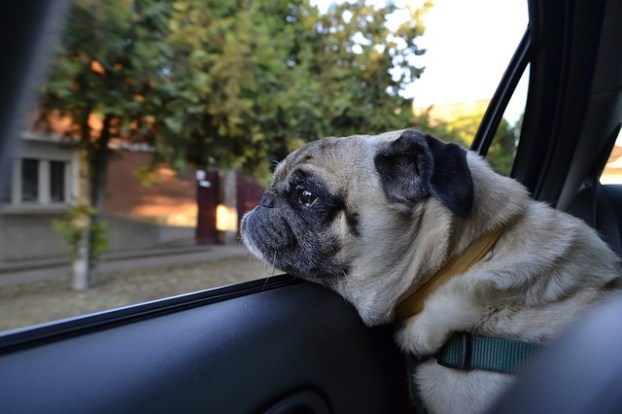 Many people believe if they just pop into the store, the dog will be fine, but even on a 78-degree day, the temperature inside a parked car can reach 100 degrees in just minutes. (Max Pixel)

HOUSTON – With sweltering summer temperatures upon us, animal-advocacy groups are cautioning Texas residents about the dangers that heat poses for pets.
According to People for the Ethical Treatment of Animals, there were 58 reported animal deaths related to hot weather in 2018.

Zandra Anderson is a Houston attorney specializing in animal law who calls herself the Texas Dog Lawyer. She encourages anyone who sees a pet left in a hot vehicle to notify authorities because, even if there’s water and windows are cracked, temperatures can rise so quickly that animals can die from heatstroke.

“The wisest thing to do is take down the license plate, and turn that into the police, and hopefully you’ll get a quick response to get the animal out,” says Anderson.

Even on a 78-degree day, the temperature inside a parked car can reach 100 degrees in just minutes. Heat stroke can be fatal, and symptoms include restlessness, heavy panting, vomiting, lethargy and poor appetite or coordination.

Texas lawmakers did not advance bills in the last session that would have made it legal to break into vehicles to rescue pets.

Laura Donahue-Halloran, executive director with the Texas Humane Legislation Network, says because they don’t sweat like humans, dogs and other pets have a more difficult time staying cool. She cautions against running with dogs on hot days, since she says they’re essentially jogging with a fur coat on.

Donahue-Halloran adds it’s also important to be mindful about walking a dog.

Donahue-Halloran suggests walking in the grass, choosing shady routes, or heading out in the early morning or in the evening when the temperatures are cooler.

Texan elected to Ducks Unlimited board of directors