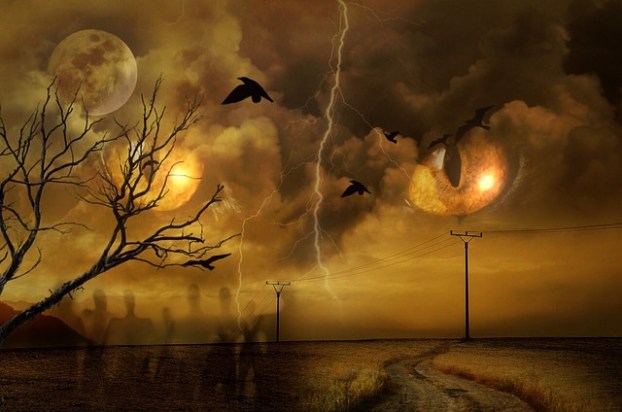 The wickedness is returning to continual evil, same as the day of Lot.

My brother and our families recently went to Colorado for a family reunion.  Everywhere you looked there was beauty made by God, but there was evil shown by man.

My brother lives in the country, on the other side of Bryan College Station, and is not as jaded as I am.  It hurt his heart to see the evil going on in Colorado Springs.

Genesis 6:5  states “And God saw that the wickedness of man was great in the earth and that every imagination of the thoughts of his heart was only evil continually.”

History always repeats itself.  You would think that we would learn from our mistakes, but it’s always a few generations later that repeat what their forefathers did.  This topic really doesn’t need an article written about it because the evil in our society today is so prevalent. But do a lot of people see it as evil today, or do they see it as progress?  Was the past good or bad?

Most historical and statistical evidence shows that life used to be shorter, sicker, poorer, more dangerous, and less free.

Yet many people have fond memories of bygone years and wonder if reports of their awfulness have been exaggerated.

Others concede that life used to be worse in some ways but wonder if it wasn’t also better in others—simpler, more predictable, more spiritual.

Life expectancy may be higher today, but to what quality?  There is a song by Bucky Covington that’s called “A Different World”.  The lyrics start out stating: “We were born to mothers who smoked and drank, our cribs were covered in lead-based paint, no childproof lids, no seat belts in cars, rode bikes with no helmets, and, still, here we are.”  This song talks about things of the past but these things are nothing to us these days.

We have politicians that lie every turn, people living together instead of marriage, same-sex couples, so many senseless shootings that we can’t understand, suicides, theft at its highest, and the list of evil goes on.

The ’50s had none of that.  Or maybe it did, but it was very well guarded, not blatantly done like it is today.

I get so upset with every new news story I hear.  I can’t imagine what God feels. Our creator, most Holy Lord of all.

The following couples were reported to have obtained marriage licenses in the office of Brandy Robertson, Orange County Clerk, during... read more