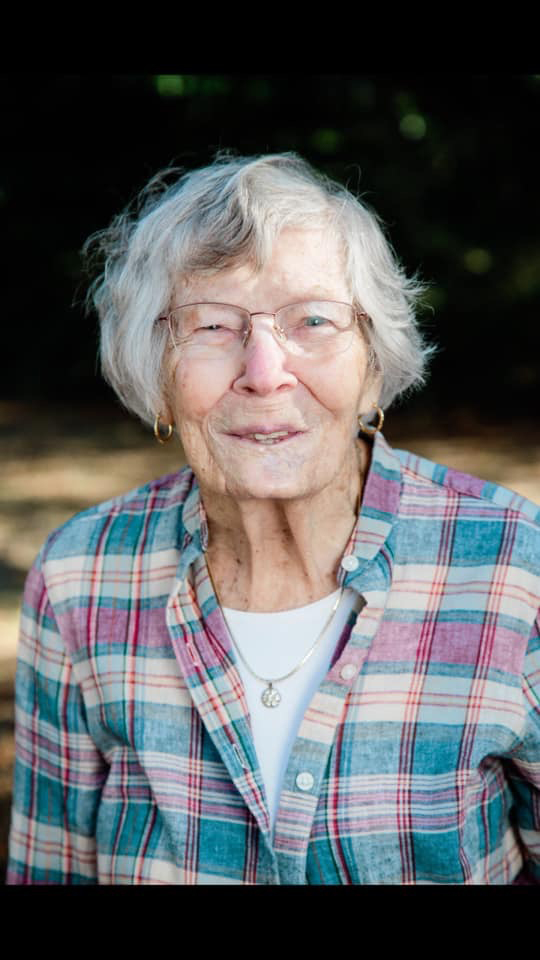 Mildred Falls Keller, 92, returned to her heavenly home on June 24, 2019. Her faith in God and devotion to her family provided the strength she needed to face multiple battles with cancer throughout her life and ultimately gave her peace when facing death.

Millie was blessed with a loving family. She was born to the late Marie and William Falls in Fresno, California on August 24, 1926. After graduating from nursing school, she became a First Lieutenant in the Air Force, serving as a nurse during the Korean War. She met Floyd H. Keller while they were serving in the Air Force, and they married on July 27, 1951 in Las Vegas, Nevada. They had 2 sons, Gerry and Larry. They lived abroad before returning to civilian life and making their home in Orange, Texas, where Millie resumed her nursing career with private doctors, Gulf Oil Chemical, and Orange County public health clinic. After 45 years in Orange, she moved to Brenham, Texas in 2007.

Millie was a nurse at heart. She lived her life caring for others. After retirement, she took on several hobbies like learning to play the piano, making stained glass, and volunteering with the Orange County and Washington County Sheriff Departments, the Brenham Police Department’s Citizens Police Academy Alumni Association, and Brenham Citizens on Patrol. Her true passion for the past 15 years has been spending time with friends in her art room creating greeting cards and serving as a demonstrator for Stampin’ Up. She lived frugally, gave generously, loved fiercely, and had a wonderful sense of humor. She made friends wherever she went and will be dearly missed by her family and friends, who celebrate the fact that she is now in heaven with her Creator.

Millie is survived by her son, Gerry Keller of Orange, Texas; her son and daughter-in-law, Diane and Larry Keller of Brenham, Texas; her grandchildren, Kara and Stu Jones, Kassie and Corey Alexander, Kami and DJ Beaty, Regina and Kristopher Marple, and Rachael Raymer; eight (soon to be nine) great-grandchildren; and her brother and sister-in-law, Alice and Chuck Falls of Fresno, California. She is preceded in death by her husband, Floyd Keller; her brothers, Al, Gene, and Lee Falls; and her parents, Marie and William Falls.

The funeral service will be held in Brenham at 11:00 a.m. on Thursday, June 27, 2019 at Brenham Bible Church, 2804 Gun and Rod Road, with a visitation prior to the service from 10 a.m. to 10:45 a.m. In celebration of Millie’s love of all things purple, bright, and floral, the family invites you to join them in wearing colorful clothing to her funeral service. Millie will be buried at the Houston National Cemetery, 10410 Veterans Memorial Dr, on Tuesday, July 2, 2019 at 11:00 a.m. Memorial contributions in Millie’s honor may be made to Hospice Brazos Valley or the Breast Cancer Research Foundation.

The Celebration of Life for Mrs. Jean Loretta Cotton, 86, of Orange, will be Saturday, June 29th at 11 am... read more