And Now You Know: Paul Riley was one of “Joe’s Jokers”, a WWII Veteran

Paul Riley is one of the surviving veterans of World War II. Riley was raised in Groves, Texas and attended and graduated from Port Neches Groves High School as World War II was beginning. Like so many others of “The Greatest Generation”, he enlisted in the military to serve his country in wartime. 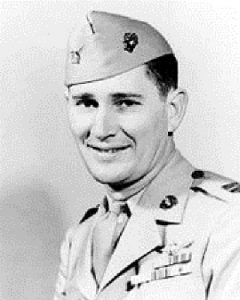 Riley enlisted in the United States Marine Corps and was assigned to the Marine’s air forces. Shortly after the battle for Guadalcanal in 1942, Riley’s air wing, VMF 115, landed on the Island and took over the operation of Henderson Field. The airfield had been the main objective of the Marine’s invasion and the bloody fighting for control of Guadalcanal.

VMF 115 was assigned the duty of doing ground support and escorting bombers as the war progressed.

“We didn’t stay on Guadalcanal too long, as we got control of more islands and pushed the Japanese back, our squadron eventually went to Emirau. We spent most of our time there. I was an armorer; I loaded the machine guns and hooked up bombs. The planes we worked with were the Corsairs,” said Riley. 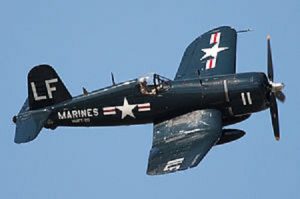 The F4U Corsair was built by the Chance Vought Aircraft Corporation. The planes had the largest engine of any U S fighter plane, a “gull wing” configuration, and a distance of 16 feet from the front of the cockpit to the front of the plane. Being a “tail dragger”, the pilot sat much lower than the front of the plane and could not see what was straight in front of him when trying to land. As a result, they had to “zig-zag” down the runway after they touched down. They had to look over the side of the cockpit in order to steer the plane down the runway as they taxied in. The Corsair was powerful and fast, only 13 miles per hour slower than the P-47 Thunderbolt, America’s fastest fighter. Corsairs were used until 1979. Honduras was the last air force to fly them in active duty.

“The Corsair only carried one bomb. It was a 500-pound bomb, and a lot of the time they were napalm bombs. We mixed the napalm by hand. It was 100 octane aviation gasoline mixed with a powdered soap, like Oxydol. The soap had some aluminum powder mixed in it. When the soap powder and the gasoline mixed, it turned into a gel. When it exploded, it stuck to whatever it burned and burned a lot slower and hotter than just plain gasoline. One of those bombs would cover about a football field when it exploded. It was nasty stuff, but we were in a war,” said Riley. 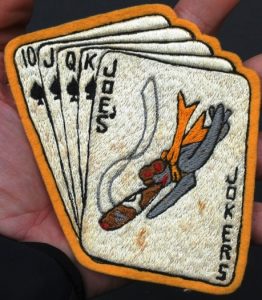 In 1944, VMF 115 gained a new commander, Joe Foss. Foss had been stateside doing War Bond tours. Foss began flying for the Marines during the battle for Guadalcanal; he had been credited with 26 kills. He was the leading air ace in the Pacific Theater. Foss was awarded the Medal of Honor. His record of 26 kills equaled that of America’s top WWI aviator, Eddie Rickenbacker. Ironically, Rickenbacker had been the childhood hero of Foss. Foss had met Rickenbacker when he was 12 years of age and wanted to be a flyer from that time.

The South Dakota farm boy achieved that goal and more. In his later years, he became governor of South Dakota and also the first commissioner of the American Football League.

Foss was an aggressive pilot and a great commander of the squadron. “He constantly looked for ways to encourage his men and ways to motivate us. We all wanted to do our jobs the best we could to repay his efforts for us,” said Riley.

The squadron became known as “Joe’s Jokers” and designed a distinctive shoulder patch showing a card hand with Jokers. It is one of the most collectible Marine unit patches of WWII.

VMF 115 spent days and nights escorting bombers and was instrumental in the effort to cut off Truk Lagoon. Truk was a major anchorage for the Japanese fleet in that area of the Pacific. A large Japanese merchant fleet was attacked by US Navy planes from aircraft carriers and over 100 ships were sunk.

“After we left Emirau, we went to the Philippines. We were part of the Leyte invasion. Our planes were there to support the ground forces of the invasion. After the battle was over at Leyte, we went to Mindanao.  We established a base there, but the runways were the metal mats. It was OK, but not great. One night one of the big Japanese “Betty” bombers flew in and landed on our runway. It was shot up and burning, but still managed to land. There was a suicide squad on board. They got out and started shooting. We had them so outnumbered that they did not last too long. I had been where there would be a Jap plane make a nuisance run on us at night and drop a bomb or two or shoot a little, but this was the only time I got close to that sort of shooting combat,” said Riley. “We left Mindanao and started back to the States on a troopship. I slept on deck most of the time. Down below it was too hot and there was too much odor. I got back to the States on June 30, 1945. That was my birthday. Out of 250 in my squadron, I am the only one still alive. There are a lot of good men that were my friends in those days that are no longer with us.” 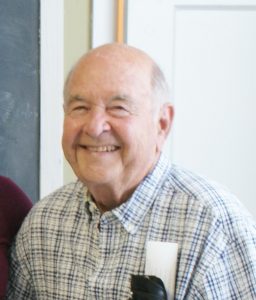 Riley married and located in Orange. He has three children, a daughter Kim, and two sons, Raylin and Konrad. His wife and daughter Linda are deceased.

He retired from DuPont’s Sabine River Works after 38 years of service, working in the Energy Control Department. At work, he was known as “PK”.

A recent post on Facebook noted that Riley is approaching his 95th birthday, June 30. The poster was requesting birthday cards for the old veteran. If you would like to send him birthday wishes, and thanks for his service, his address is: Paul Riley, c/o Buckner Calderwoods, Apt AL118, Beaumont, TX 77706-6058.

Talking About Parenting: Every day is an opportunity to grow

Chris Kovatch This past weekend wrapped up the dance season at our studio. Recital is always a great experience as... read more