Invasion news started trickling into Orange around 3:20 o’clock on Tuesday morning. A prolonged whistle blast signaled the dawn of D-day in Europe at 4 o’clock.  Throughout the city telephone calls breaking the news prevailed during the darkest hours of the morning and lights flashed on in home after home. Many of the voices announcing the news reflected the emotions of the called. 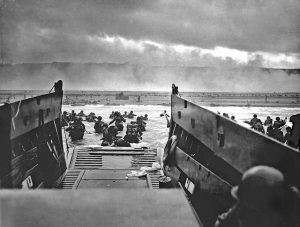 Image by skeeze from Pixabay

Underlying the deep concern of Orange people regarding invasion day was the common knowledge of the fact that 600 to 1000 men from Orange County are subject to front rank positions in the line of battle, included in that number being scores of paratroopers, members of bombing and fighting groups, marines and army. One man who purchased an extra remarked, “My brother was undoubtedly among the paratroopers dropped on that French coast.”

Before the sun rose, doors to churches throughout the city opened to those wishing to enter and pray for success of the invasion. Men and women with dampened eyes entered the churches to pray at the alters and then walked away quietly.

A few people, some of prominence, were astonished to learn from the first persons they met in the business section, that the invasion was on.

No change whatever is anticipated here in regard to the vast shipbuilding program as a result of the invasion news. Included in the day’s affairs was launching of the USS Rombach, destroyer-escort, taking place at the yard of the Consolidated Steel Corporation, Ltd.

All the churches of the city were opened early in the day to permit people to enter at any time for prayer, meditation, and worship.

At the First Methodist Church, the doors were opened and the altar prepared for people wishing to enter for prayer or service from 5:30 this morning throughout the day and evening.

At the First Baptist Church, the doors were opened at 4:30 a.m. and will remain open throughout the day for those wishing to enter for any service the might wish to enter

At the North Orange Baptist Church, the doors are open throughout the day with special services for the men of the shipyards on the night shift at 4 o’clock this afternoon and for the general public at 8 p.m.

The Church of the Nazarene offered prayers during the forenoon while the daily vacation bible school was in session and announced special services at the church at 8 p.m. The church was open all day from early morning. 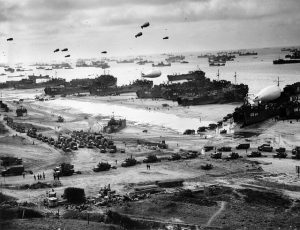 Image by WikiImages from Pixabay

The Presbyterian church was opened early in the day and remained so throughout the day.

Beginning at 6:30 a.m., St. Mary’s Catholic Church was opened and many people entered for prayer during the day.

As far as could be learned every church door in the city was opened early and remained so throughout the day.

All merchants of the city were requested to close their places of business from noon throughout the afternoon to permit the people to take part in special prayer service if they so desired.

The court house will close half-day today on D-day in order that the employees might attend the services of their various churches.

Here is Mother of the Week: Tamyra DeAndrea. You are the mother of the week and continue to do a... read more