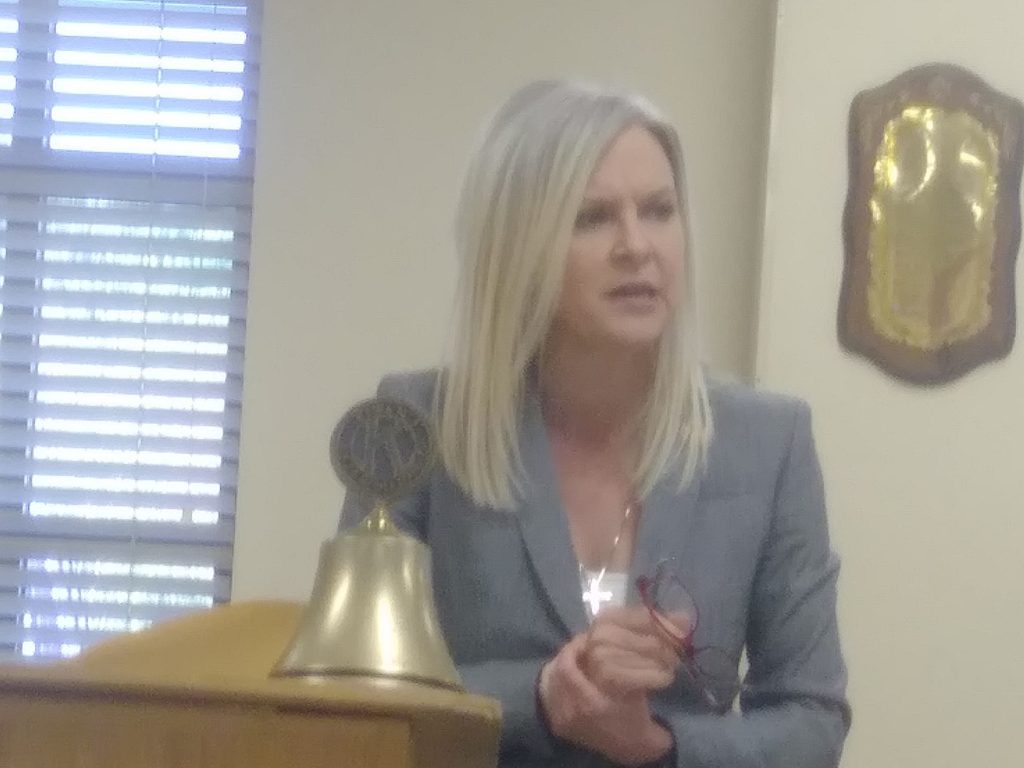 Krispen Walker, assistant district attorney for Orange County, spoke to the members of Golden K Kiwanis at its weekly meeting on Wednesday.

She told them how the County District Attorney’s Office worked and why crime might be on the rise in Orange County.

“Meth, it sucks the maternal instinct out of women…” Walker said.

It has caused an increased caseload in CPS, which currently has over 140 children in their care currently in Orange County. Methamphetamine has also led to an increase in other crimes.

Meth making is not done the way it once was, according to Walker. It doesn’t take some “lab” out in the woods. It can currently be made in the kitchen, and in the microwave.

She states that for Orange County, it is probably the biggest problem facing the community and that the DA’s Office is doing whatever it can to combat it.

When asked about rising thefts in Orange County, Walker answered that many of those were in connection to drugs. She believes that most of the county’s crimes, including property crimes, can be attributed to Meth.

“When I started in 2005, most of the cases I heard that were drug-related involved Crack Cocaine; today nearly every case is a Meth related case,” Walker said. “It is so easy to get, it is so easy to make and sell. It is absolutely killing us”