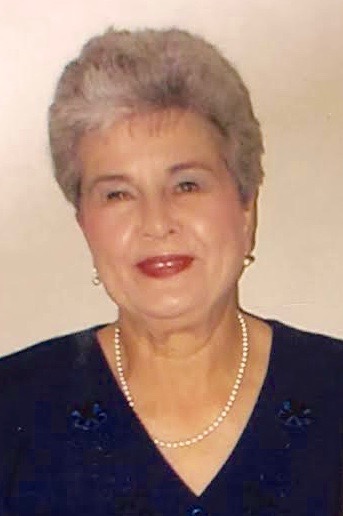 Funeral services will be held at 2:00 p.m., Sunday, April 15, 2018, at First Baptist Church in Mauriceville, Texas. Burial will follow the service at Orange Forest Lawn Cemetery in West Orange, Texas.  Visitation will be from 5:00 p.m. to 8:00 p.m., Saturday, at Claybar Funeral Home in Orange.

Born in Nashville, Arkansas, on May 11, 1931, she was the daughter of Verna Ann Walden Jewell and James L. Jewell.

Edna graduated from Nashville High School in 1949, where she played on the basketball team. She was a member of First Baptist Church in Nashville, where she accepted Jesus as her Savior and served as Church Secretary her senior year.

Edna moved to Port Arthur after graduation, where she met the love of her life, Fred E. King, Jr., while they worked at Gulf States Utilities Company. They were married in August of 1953 and became the proud parents of their son, Steven King, and daughter, Kathy King. They built their home in Mauriceville, where they raised their two children in a Christian home.

She was preceded in death by her parents, Verna and James Jewell; her loving husband, Fred King; and her sister, Sally Sherrod.

Condolences for the family may be left at www.claybarfuneralhome.com