Changing lives one instrument at a time 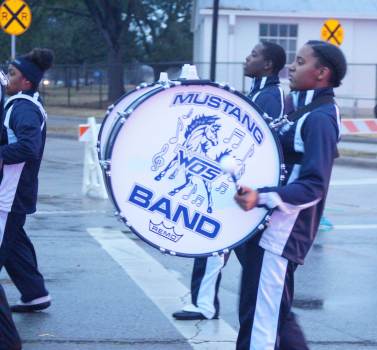 Randy Strong/The Orange Leader West Orange Stark Marching Band performs during the annual Mardi Gras parade on Saturday. With the guidance of Band Director Tommy Gladney, the band is on a track record of success. 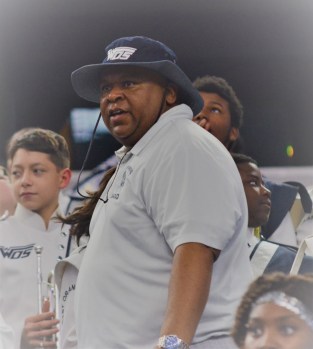 West Orange-Stark High School band director Tommy Gladney knows a thing or two about music and marching bands, having spent thus far, 22 years pursuing his passion teaching students and watching them grow in skill and accomplishment. Now in his third year at WO-S, he is seeing his efforts expressed in confidence and proficiency of students in the marching band. Their transformation remains fresh and no less powerful now than when Gladney first took up the trumpet in the 7th grade and bent his will to the discipline it takes to learn an instrument.

“It’s not an easy thing,” Gladney said. “It takes dedication and consistent practice but the rewards are worth it. Music is joy to me.”

Gladney reminisced how, because of music, he was able to go to college on a music scholarship.

“My parents didn’t have money for me to go to college,” Gladney said. “I was able to go because of music.”

In addition to obtaining a formal education, his involvement in the college marching band afforded him opportunities to see his first professional basketball and football games. Traveling with the band broadened his perspective on the world because of the places he was able to visit.

Three years ago, Galdney was called to be band director at WO-S when the school restructured its focus on having a marching band with a goal of participating in more community activities such as parades and other performances.

Gladney doesn’t have to look any further than students in his class to see much of the same impact music had on his life reflected back to him.

All that changed when, “On January 13, 2018 we competed against three other schools in the small band division at the Port Arthur Memorial High School Battle of the Bands,” Gladney said. “That’s no small feat. Our preparation started on the first day of school. We learned the sheet music, and then practiced and practiced and honed our skills.”

When it was time to perform, the band was ready – a foundation underpinned by support from the school district and parent volunteers helping with uniforms, transportation, and food, just to name a few.

It all came together that day for the WOS High School marching band when they won first place in their division.

The marching band isn’t resting on its laurels.

Gladney added, “I am proud of my students. They have come a long way, but the band can only go so far by itself. With parents volunteering their time and energy – together we will go all the way. We thrive when parents are involved.”