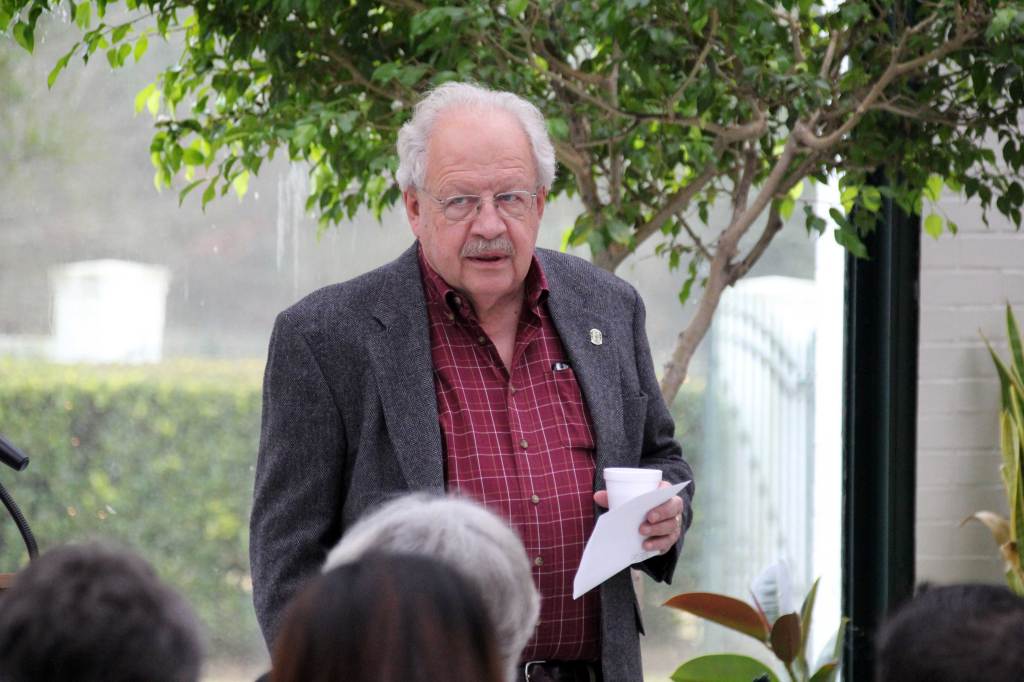 After nearly 24 years as the head of the Lamar State College – Orange campus, Dr. Mike Shahan announced today his plans to retire.

“I’ve got mixed emotions about this,” Shahan said. “I’m excited about retirement, but I’m so very sad to leave LSC-O.”

Shahan said he plans to stay through the end of the fiscal year, making his last day at LSC-O August 31, 2018.

“Serving as president of Lamar Orange for the past 23 years has been an honor and privilege,” Shahan said. “I am proud of this institution and what we have accomplished together.”

Shahan’s time in the Lamar family started in 1977 as a history teacher at the Port Arthur campus. He moved up in rank there over the years and eventually became the Vice President of Academic Affairs. In 1994 he was moved to the Orange campus to serve as interim president. Shortly afterwards, his title became permanent.

“When I started here we didn’t have a lawnmower because we didn’t have any grass on campus. We only had a weed eater. There was one classroom building, the student center, and a library housed in what is now the Wilson Building.   We had one paved parking lot. The rest was shell with telephone poles as the markers for the parking spots,” he said with a laugh.

Since then LSC-O has grown significantly with Shahan at the helm. In 1997, he and his team developed and implemented a campus master plan that was the start of the campus’ physical growth with the Ron E. Lewis Library, the Allied Health Building, and the renovation of the Wilson Building.

Those new facilities were accompanied by new programs, including pharmacy technology, dental assisting, and process operating. More recently, under Shahan, LSC-O has added the Nursing Classroom Building and the Cypress Center as well as a maritime and welding program.

The growth, though, has been littered with setbacks. The Lamar Orange campus suffered extensive damage from Hurricanes Rita, Ike, and Harvey in 2005, 2008, and 2016. Shahan’s determination and hard work guided faculty and staff through the rebuilding process each time.

Shahan said his retirement will allow Lamar Orange to benefit from new ideas, new dreams, and new ways to adapt.

“It is time to move aside and let new leadership prevail,” Shahan said. “I am confident that the Chancellor and the Board of Regents will find a successor who can take LSC-O to new heights.”

“Lamar State College-Orange’s growth and improvement—not to mention its resilience and success through several hurricanes—would not have been possible without Mike’s effective leadership,” McCall said. “I want thank Mike for a job well done and wish him and his wife, Bridget, the very best in retirement.”

The process to select a new president for LSC-O starts with an appointed advisory committee made up of students, faculty, staff, community members, and representatives from the Board of Regents. The committee will create a list of traits they want in the next president and an outside search firm will use that list to conduct a search for candidates. It is anticipated that a new president will be named in the Spring 2018 semester.

In breaking the retirement news to the LSC-O faculty during Thursday morning’s convocation, Shahan thanked them for their support of his leadership.

“You all have been so good to me and it’s been a joy to work with each of you,” he said. “I can’t tell you how much I appreciate you.”

Shahan, an Oklahoma native, and his wife, Bridget, plan to stay in Orange.