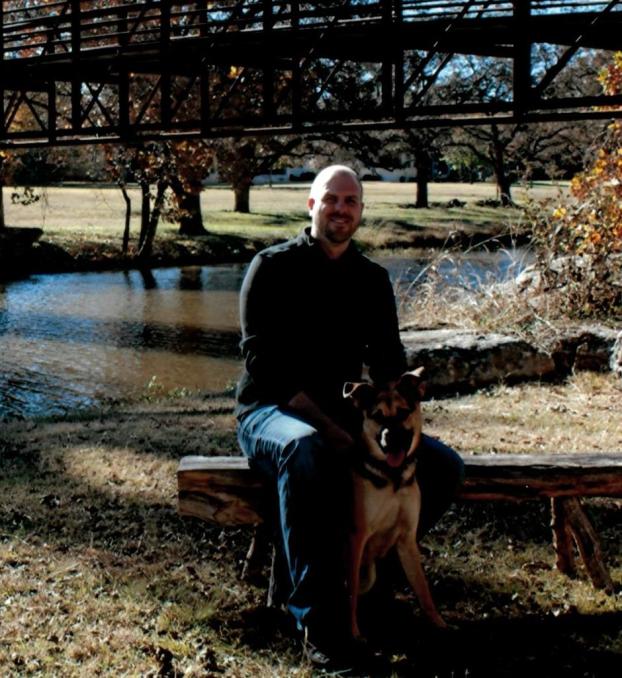 Joshua Strain Armstrong was born on May 10, 1980, in Orange, Orange County, Texas, to Strain and Nancy Armstrong.  He died a tragic and senseless death on December 25, 2017, in his home in Round Rock, Williamson County, Texas.  He graduated with honors from Little Cypress – Mauriceville High School in 1998, where he played football his senior year.  He attended and graduated Texas A&M University in 2002 with a BS Degree in Biomedical Science.  While there, he worked as an EMT and as a Medic in the Recreation Center and at Kyle Field during home football games.  One of his first call-outs as an EMT was to the site of the Texas A&M Bonfire collapse.  During his summers he served a counselor at Fish Camp.

After graduation, he moved to Round Rock, Texas, to be near his parents and his sister and her family.  He applied the skills acquired in his degree field and the experiences as an EMT and Medic to his occupational field of pharmaceutical product development.  The area of research he was presently working in was cancer. He had worked for three different companies, PPD, INC Research, and ICON.  At ICON he had risen to, and served as, Project Manager until his tragic death on Christmas night.

Josh was a sensitive, considerate, sweet, charitable, fun loving, Christian young man who loved cars and loved to hunt, fish, camp, and water ski, and he loved to travel with his parents.  He had taken his parents on a memorable trip to the UK…traveling by plane, car, train, and ferry to London, Scotland, and Ireland.  Other trips with his parents were to Hawaii and a cruise to Cancun, Mexico.

He was preceded in death four months ago by his mother, Nancy Carole Armstrong and is survived by his father, Strain Armstrong, his sister, Jenifer Blackmon and her husband, Tom, nephew, Brody Blackmon, niece, Bailey Blackmon and several uncles, aunts, and cousins, and his faithful dog companion, Klein.  Josh will be greatly missed by all who knew and loved him.

Josh will be cremated and his ashes, mixed with some of his mother’s ashes, will be buried next to his mother and father’s plot in the Frost Cemetery, Frost, Texas.

Services will be held on Saturday, January 6,2018 at 2:00 pm with a visitation beginning at 1:30 at Ramsey Funeral Home.

James Milford Seitz, 88, of Bridge City, Texas, passed away peacefully at his home after a short battle with cancer.... read more