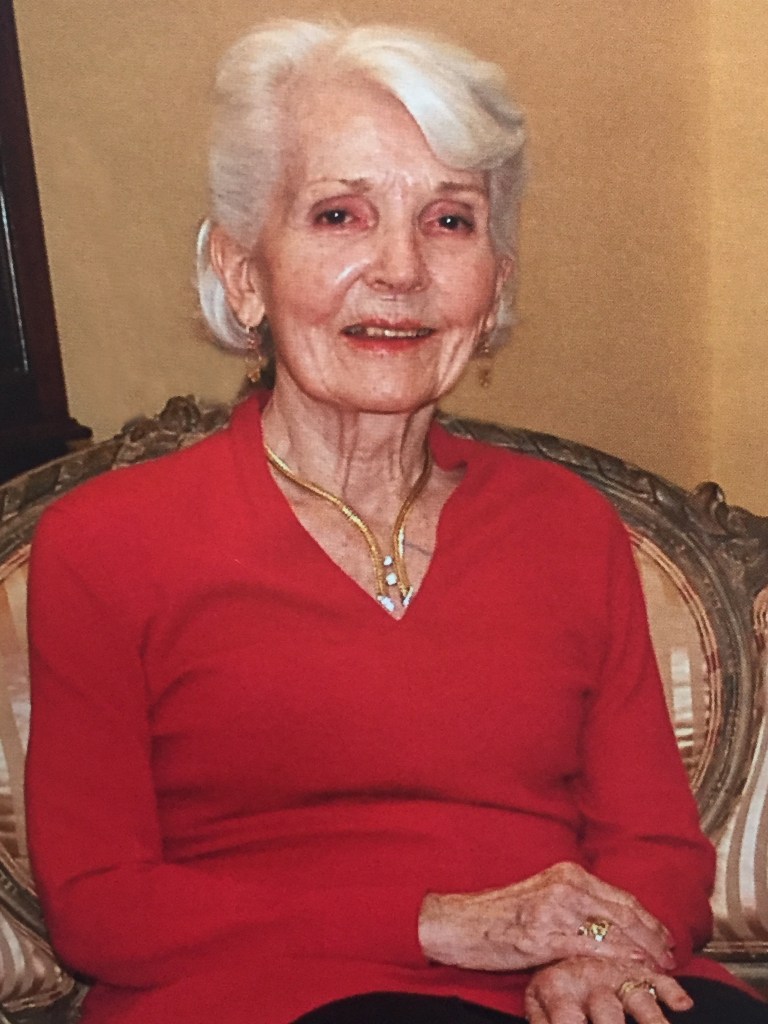 Mary Louise attended Ball High School in Galveston and went on to Mary Hardin Baylor and Baylor University, graduating with a degree in history and a minor in music. While at Baylor she was voted a Baylor Beauty. Mary Louise moved to Orange in 1947 with her husband, Clyde V. McKee, Jr., who had just returned from WWII and completed his masters in tax law from Duke University. They were both active in the community in a variety of ways. Both were steadfast members of First United Methodist Church. Mary Louise was a founder and the first president of the Service League of Orange and was an officer and participant of many other community organizations. She was an avid bridge player and played with two different clubs until she was 93.

Mary Louise was a true southern belle. The words most often used to describe her are lovely, gracious, kind, loving, generous, big-hearted, supportive, and happy. Her heart was immense—large enough to take in everyone from store clerk to waiter to caregiver to nurse to business advisor and of course to her children and beloved grandchildren. She was quick to tell people she loved them, and meant it, and they knew she meant it. With Mary Louise, there were no impersonal encounters.

Mary Louise had a keen intellect, a near photographic memory, and a remarkable ability to recall dates and names, which she used to mark the important dates in her life and in the lives of those she loved, and to remember the names of all she met.

Until the end, her faith in God and in the promises made to all believers was unshakeable. She knew and trusted in where she was destined to go upon leaving this life. We know she is there, still sending her love to us. The world will still be a wonderful place, but it will also be a little less bright without Mary Louise.

She is preceded in death by her loving husband of 58 years, Clyde V. McKee, Jr.; her parents, Vada Bemus Bevil and Dr. Cooper Pope Bevil; her three brothers, Newton, John, and Cooper Jr.; her sister-in-law, Carolyn McKee; brothers-in-law, John McKee and John Henderson, her beloved cousin “Tincy” Bevil Blair, and many other cousins and beloved friends.

Funeral services will be 11:00 a.m., Tuesday, June 27, 2017, at First United Methodist Church in Orange. Officiating will be Reverend John Warren. Entombment will follow at Orange Forest Lawn in West Orange.

Contributions may be made in her name to WOC-CISD Education Foundation, 902 West Park Orange, Texas 77630.