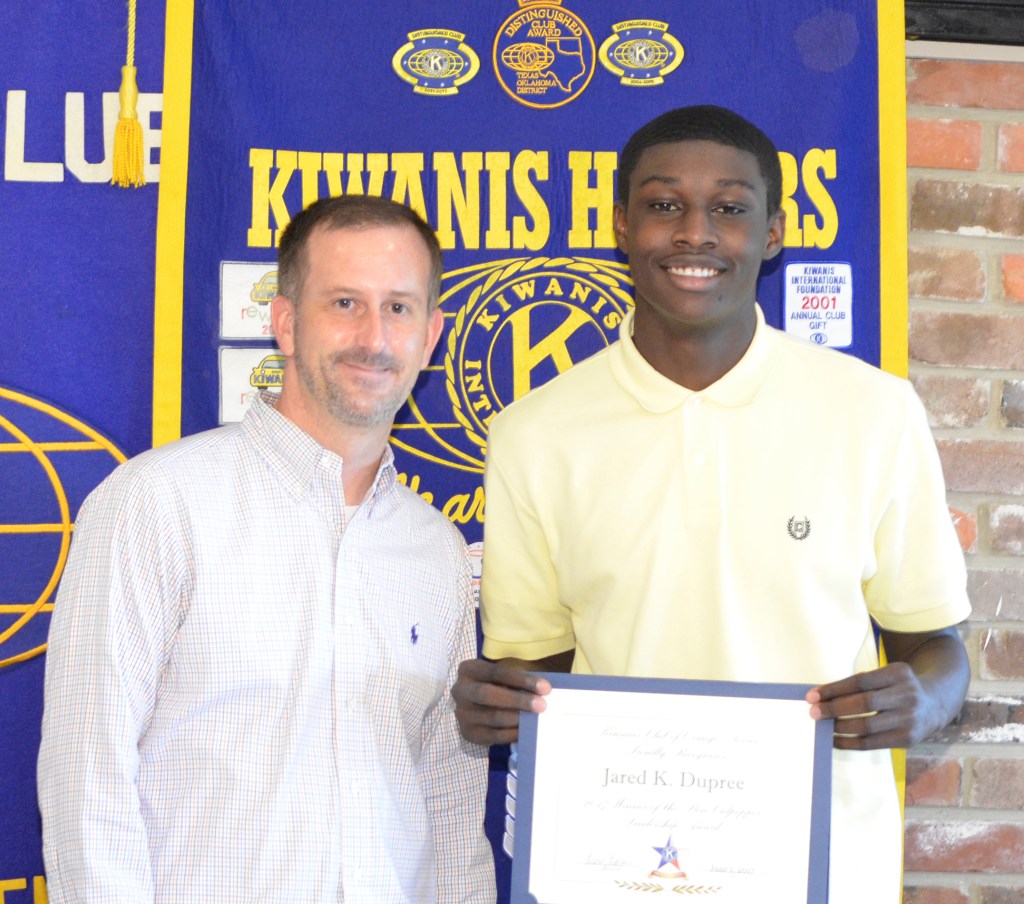 The Kiwanis Club of Orange recently presented two $1,000 scholarships to students from local high schools. The QB Culpepper Leadership Award was given to Bailey Noah, a graduate of Little Cypress-Mauriceville High School. Bailey will study telecommunications at Texas A & M University.

Jared Dupree, a West Orange-Stark graduate, received the Ben Culpepper Leadership Award. He will attend the University of Texas-Austin, where he plans to study health and society.

The Leadership Awards are given in memory of QB and Ben Culpepper, father and son who have been involved in education, as well as the Kiwanis Club for years. QB was a founding member of the Orange Kiwanis and served as superintendent of the Mauriceville school district from 1931-1940.

A local business owner for 40 years, Ben Culpepper served the Kiwanis Club of Orange in several capacities. He was a certified Leadership Trainer for Kiwanis and a two-time Texas/Oklahoma Foundation Trustee. Ben was also a proponent of education and a community leader, serving on the City Council for three terms. 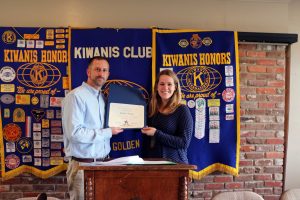 Andrew Culpepper, grandson and son of QB and Ben and also a member of Kiwanis, was on hand to present the scholarships to Jared and Bailey.