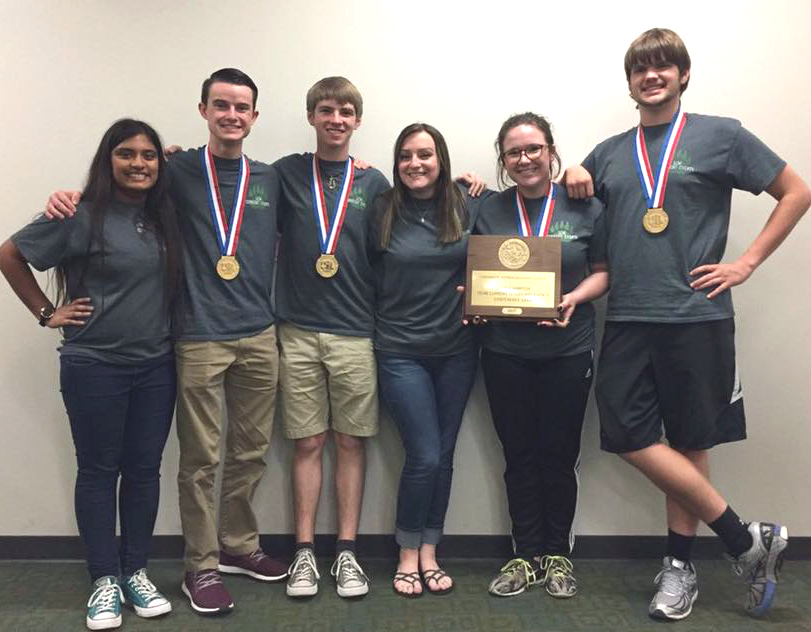 The next team to post a big win was Computer Science. The Coach is Terry Morris and team members include Thomas King, Tyler Wolfford, Nick Mugleston, Dajhaun Myles and alternates Matthew Cox and Derrick Martin. LCM was also the only school to have two finishers in the top 6 places. Those students are Thomas King – Second, and Dajhuan Myles – Sixth.

According to Coach Morris, “The team we defeated, Needville High School, had won 4 straight state championships in computer science and 5 in the last 6 years. They placed second this year, 84 points behind LCM. It was very rewarding to defeat a team that had such a track record of success. The kids really stepped up this year.” Last year the Computer Science Team finished in Fourth.

The LCM Math Team and Coach Ricky Ryan had a good run this year, placing Fourth in State with Thomas King taking Fourth in individual competition. Team members are Cody Girouard, Thomas King, Sydney Smith, Chandler Barr and Chris Cook. Coach Ryan explained how close the competition was at the State tournament. “Not only was math close to Third (by 2 points) we only missed Second by 10 points.”

LCMCISD is proud of the success experienced by these hard-working students and their coaches.