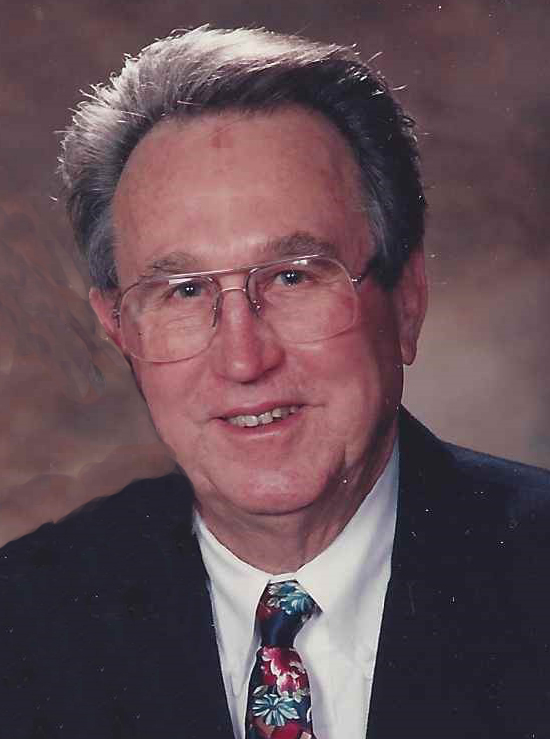 After a brief illness with fluid on his lungs, Corky went to heaven by way of Mid Jefferson County Hospital – Nederland. He, with family in attendance, went peacefully to heaven at 4:15 am.

The Harmon Family has a rich history in the Orange area, their ancestors having arrived in 1827.  From that beginning the name Harmon has been synonymous with growth and development as well as volunteerism.  Being in business for over 150 years, starting with saddles, horse and buggy, suppliers, and electric cars.  With brothers, Corky, Jackie and Don, Harmon Chevrolet continued in transportation for 45 years. Currently Harmon/Oliver Per-Owned Cars with partners Glenn and Martha Oliver, and Donnie and Rhonda Harmon has been a family tradition of pursing transportation.

Corky was a gentle man, kind, generous, brilliant in business, loving family man, and a legend in the automobile industry.  One of those larger than life individuals whose qualities and character cannot be adequately portrayed in speech or the written word; a person who has dedicated his life to employees, customers, friends and family, and in his humble way touched our lives and made us better for having known him. He saw the best in everyone and demanded the best of himself.  He accomplished the American dream on an 11th grade education and allowed us to be a part of that dream.

He was a charter member of the Orange Ambassadors. Other achievements to include the committee to successfully locate Inland Orange, served as President of the Orange Chamber of Commerce, President of Rotary Club of Orange, Co-Chairman of the Salvation Army and YMCA building fund, he handled real estate sales for family owned businesses.

Corky enjoyed all the community work and his family.  His greatest volunteer accomplishment was tirelessly pursuing the growth and development of Lamar State College campus, downtown Orange by negotiating over 30 real estate transactions that added to the footprint of the campus.  In the process he used a variety of strategies that included outright purchase of property leads as well as gift solicitations.  Under Harmon’s leadership the foundation has grown from very modest beginnings to an organization with 5 million dollars in assists.  On August 25th, 2016, he was honored with a lecture hall in his name at the “Nursing and Classroom Building”.

To our caregivers, we extend love and thanks for your dedication, Geraldine Beasley and Sharon Walters. You both made him laugh when he needed it the most. Thank you!

The strength he showed and his love for family is something that they will never forget.