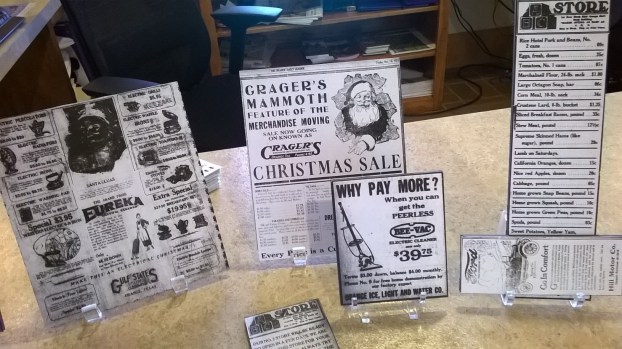 It was 1920s Day at the W.H. Stark House Saturday. Visitors to the Stark House received job cards for Bank Clerk, Newspaper Printer, Machine Worker or other jobs detailing their wages in 1920 per hour, per day and per year. Guests were surprised by the wage levels and were able to determine their purchasing power in 1920 based on ads from The Orange Daily Leader on display.

Bozeman was able to print copies of the 1920s era newspapers for display. The job cards were a big hit with guests according to Bozeman.

Bozeman was disappointed she was unable to find digital copies of the paper from 1917, the year the United States entered World War I. Her exhibits focused on that event just prior 1920.