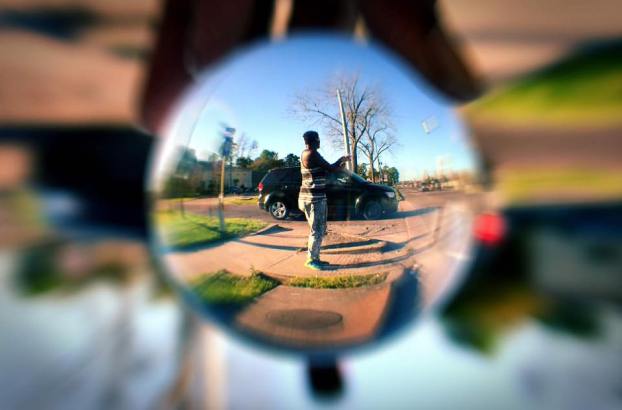 Dancing to the music

Young man dances to bring smiles to others

Moving over 100 miles from home to a new town can be strange, scary and difficult for some. For Chris English, 21, moving from Houston to Orange is just another step in a dance routine.

When asked about the biggest difference between the fourth largest city in the country and Orange, it was the amount of noise, or lack off which he noticed first.

A young man quick with a smile and a dance move, decided he had enough of staying indoors and a couple of months ago decided to start dancing on the busiest street in Orange, 16th Street.

“I love to inspire others kids to go after their dreams,” English said when asked why he dances. “My brother, Matthew, encouraged me to dance.”

English said he is passionate about dancing and attributes his desire to reach for the stars to his grandfather.

“My grandfather passed in 2013,” English said. “It hurt, but also showed me you can’t sit around and let the gift God gave me to go to waste.”

While English has not had formal training at this time, he does hope to attend Amda College to study dancing and singing.

“I was involved with theater and choir in high school,” English said.

The recognition English has experienced since his first dance in front of Dairy Queen two months ago is more than he ever expected.

“I was shocked and excited,” English said. “I never thought I would get recognized. I do it to make others days better. I keep positive around me. I love the support the community has shown. I really appreciate it.”

Known as Chris Dancer to most, English dances in front of CVS on 16th Street during lunch time and again near sunset.