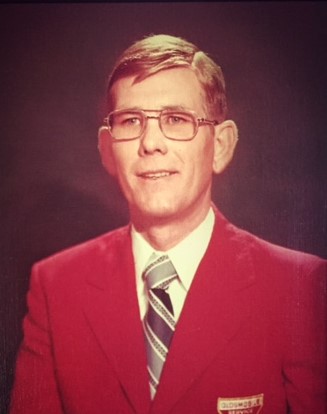 Jack White went to be with his beloved wife, Elaine, in heaven on Wednesday, March 8, 2017. Jack was born in Houston, Texas, to Howard Hill White and Mary Elizabeth Aden White on May 5, 1937. He graduated from Kingsville High School and was employed in the auto repair industry his entire life. He retired as Service Manager of Smith-Lee Oldsmobile/Cadillac in Orange and spent many happy retired days with Elaine gardening, playing shuffleboard down at the local bar, and with their two Chihuahuas, Amigo and Little Dude.

Jack is predeceased by his mother and father, his daughter, Donna and her two daughters, his sister, Mary Kay Brewer, his nephew, Mark White, and his wife, Elaine White. He is survived by his daughter, Nora White Edwards and grandson, Rustin Wayde Guarnere, his brother, Andy White and wife, Irene, his aunt, Eleanor Mathis of Castroville, Texas, and several nieces and nephews.