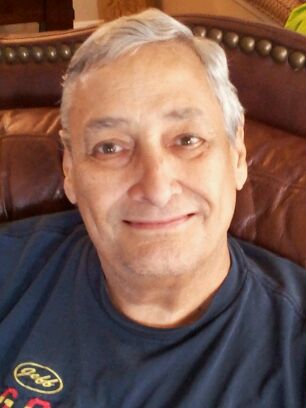 RJ Reynolds, 67, passed away unexpectedly in his home in Round Rock, TX, on Saturday, February 25, 2017.  RJ was born on February 19, 1950, in Orange, TX.  He lived most of his life in Vinton, LA.  He and his wife Eileen moved to Round Rock, TX, 4 1/2 years ago where their children and grandchildren reside.  He is the son of Oliver Perry and Zena (Babe) Reynolds.  He graduated from Vinton High School in 1968, and was a member of the United States Army.  He served in the Vietnam War.  He married Eileen Jones on December 19, 1975 in Orange, TX.  He retired from DuPont at the age of 52, after 29 years of service as an Electrician.  He was then forced to move to Houston, TX, for cancer treatment at MD Anderson.  He fought cancer and many complications of cancer, for 15 years, and was recently told he was in remission.  He had a great sense of humor, and was loved by anyone who ever met him.  He is survived by his wife of 41 years, Eileen Reynolds, and his 3 children, Terry Reynolds, Heather (Robert) Sams, and Ryan (Mellanie Silva) Reynolds; his grandchildren Andrew, Garrett, Annie, Carmela, Russell, and Khalil; great grandson Hayze; brother Danny Reynolds; nieces, nephews, and beloved friends.  A visitation will be at Beck Funeral Home in Pflugerville, TX on Friday, March 3rd from 5-7 pm, and the funeral service will be on Saturday, March 4th, at 1pm.  His place of burial will be in Georgetown, TX, at Our Lady of the Rosary Cemetery.  We will always carry your memory in our hearts

Jack Lilburn Whitworth, 83, passed away on February 16, 2017 in Hollywood, Florida. Born in Fort Worth, Texas, on December... read more